Throughout 2018, the European Union continued its cooperation with external partners toward addressing constructively the question of migration, through a comprehensive approach rooted in multilateralism. This section presents briefly some of this year’s highlights concerning the external dimension of the EU migration policy. As part of the overall orchestrated effort to deal with the phenomenon of migration in sustainable ways, the Partnership Framework on Migration was introduced in June 2016. The aim of this ongoing Framework is to prevent irregular migration and enhance cooperation on returns and readmission, as well as address the root causes of migration, improve opportunities in countries of origin, step up investments in partner countries and ensure legal pathways to Europe for those in need of international protection.

In March 2019, the European Commission published a progress report on the European Agenda on Migration, which, among others, offers a summative overview of progress achieved to date in regards to external action. Key insights from the report include: 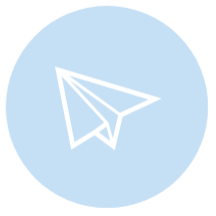 Addressing the root causes of migration: resources allocated to date for the implementation of programmes in the frames of the EU Emergency Trust Fund for Africa have reached EUR 4.2 billion. The overall aim of the Fund is to promote stability and address root causes of irregular migration and displacement in Africa focusing on the regions of the Sahel and Lake Chad, the Horn of Africa and North Africa. Activities implemented in the frames of the Fund are geared toward promoting economic development, strengthening resilience for improved food and nutrition security, improving migration governance and management, and supporting improvement of overall governance with an emphasis on preventing conflict and enhancing rule of law.96 97   Along similar lines, the External Investment Plan targets sub-Saharan African countries and the EU Neighbourhood providing support for development in areas such as access to finance for enterprises, energy and connectivity, sustainable urban development and digitisation of services.

Combating smuggling networks: disrupting the models of smuggling networks is a key dimension in the EU’s cooperation with third countries. In October 2018, the European Council adopted a set of operational measures to improve law enforcement cooperation. Examples of joint initiatives include a new operational partnership with Senegal, led by France; Joint Investigation Teams comprising officials from Nigerian, French and Spanish authorities, which have led to 200 prosecutions, and Common Security and Defence Policy Operations in the Sahel area. Apart from operational partnerships and development of infrastructure, action has been taken toward opening channels of communication and enhancing coordination among key stakeholders, for example through the deployment of European Migration Liaison Officers in 12 partner countries.

In the area of return and readmission, dialogue with partner countries and cooperation in the frames of the 17 existing Readmission Agreements has yielded positive results in the areas of identification, provision of documents and orderly return persons not in need of international protection. Negotiations on readmission are also continuing with Nigeria, Tunisia, and China, and will soon resume with Morocco. The EU and Member States also continued in 2018 to provide support for the reintegration of returnees, with over 60 100 returnees having benefited from reintegration assistance since May 2017.

Working with partner countries toward border management: Progress was made in 2018 in regards to signing or initiating agreements with Western Balkan countries on joint operations on both sides of common borders. In addition, trainings and expertise sharing initiatives have been undertaken to build local capacity in partner countries in regards to border management. An example of such a programme, with a regional focus, is the Better Migration Management Programme in the Horn of Africa, which led to the creation of joint cross-border patrols between partners such as Ethiopia and South Sudan. In Libya, EUNAVFORMED Operation Sophia has been providing personnel training to the two Libyan Coast Guards, while the Operation’s mandate combines disruption of migrant smuggling networks with surveillance activities.

EU support for protection abroad: providing assistance toward protecting refugees and migrants abroad has been a key theme in the external dimension of EU’s migration policy. Prominent initiatives to this end include the support to Turkey under the Facility for Refugees, with humanitarian assistance reaching 1.5 million refugees through the Emergency Social Safety Net programme;98  the Second Brussels  Conference on Supporting the future of Syria and the region,99  which renewed and enhanced the political, humanitarian and financial commitment to support Syrians, bringing the total amount allocated by the EU and its Member States to EUR 17 billion since the beginning of the crisis; and the Regional Development and Protection Programmes targeting countries in North Africa and the Horn of Africa, which host large numbers of refugees.

Future steps in regard to the external dimension of the EU’s migration policy include the conclusion of status agreements negotiated with the Western Balkan countries; the development of new readmission agreements with third countries; implementation of the measures adopted in December 2018 toward addressing migrant smuggling networks;100 extension of operational partnerships with third countries in the areas of joint investigations, capacity building, and exchange of liaison officers; and ensuring that the next Multiannual Financial Framework will provide for the resources and flexibility to enhance cooperation with third countries on migration. 101