2.3 million Ukrainians have registered for protection in the EU 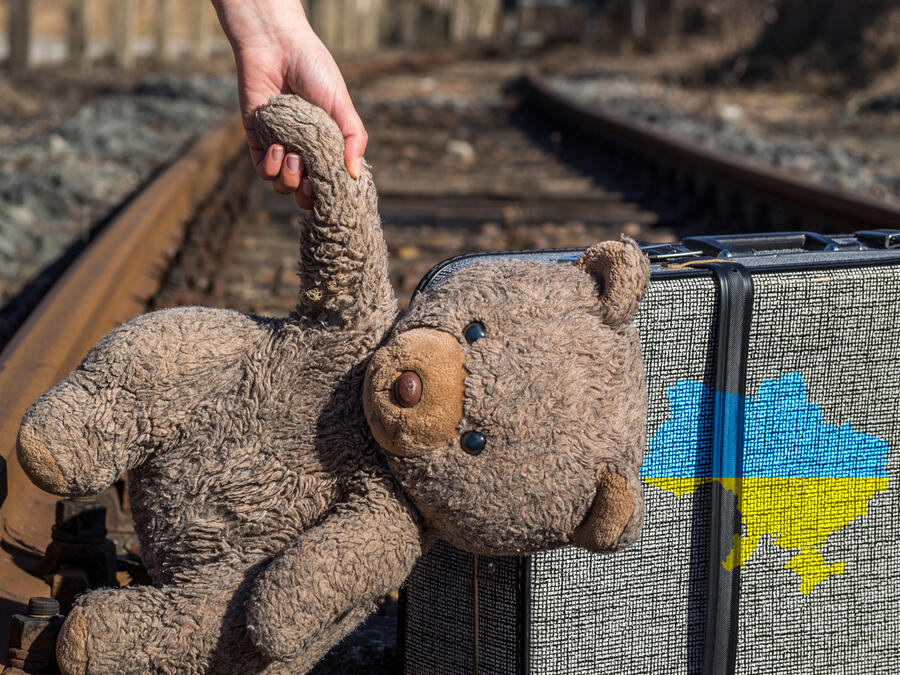 Every week, on average almost 300 000 refugees from Ukraine apply for temporary protection in an EU country, Norway or Switzerland. To date, about 2.3 million have registered for this status, which provides important rights and opportunities to refugees for an initial duration between one and three years.

Since the beginning of the Russian invasion of Ukraine, some 4.6 million refugees from Ukraine have entered the EU1, out of about 5.3 million that have escaped the country in total. Over 2.9 million have arrived in Poland, some 800 000 in Romania, and almost 500 000 and 360 000 in Hungary and Slovakia, respectively.

The EUAA’s Executive Director, Nina Gregori, will shortly be visiting several of the Agency’s operations to take stock of ongoing actions in response to the invasion of Ukraine, notably through information provision, temporary protection registration, capacity building, reception support and training. She will also be meeting with high-level national stakeholders to offer further assistance. The EUAA currently has almost 2 000 personnel deployed in Belgium, Cyprus, Greece, Italy, Latvia, Lithuania, Malta, Spain, and most recently Romania. 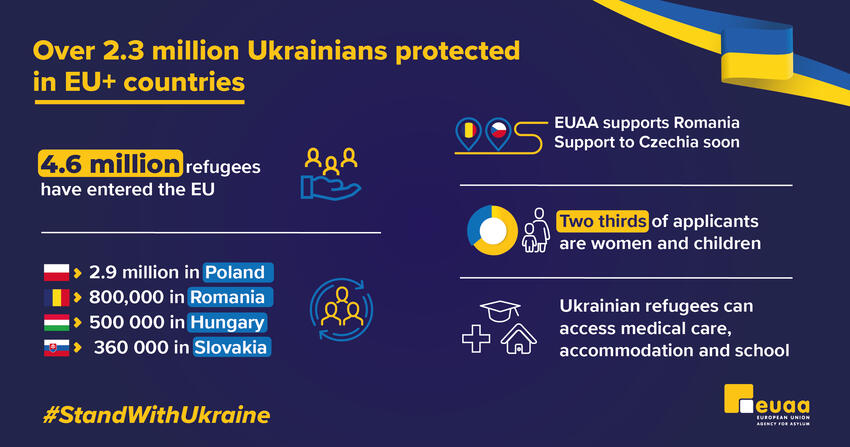 Temporary protection being taken up quickly

Analysis released by the European Union Agency for Asylum (EUAA) finds that 2.3 million refugees from Ukraine, or 44% of those who have fled, have already applied for temporary protection in EU+ countries.2 The EUAA is supporting these efforts in Romania and almost all of its other eight operations. This is soon expected to be bolstered by new operations in Czechia and the Netherlands. Thus far, almost all persons applying for temporary protection are Ukrainian citizens (99%), two-thirds are female and almost none are unaccompanied minors.

Among other rights, beneficiaries of temporary protection obtain a residence permit for an initial duration between one and three years, the right to take up employment as well as access to medical treatment, accommodation and social welfare.3 Children have access to public education. While beneficiaries do not have to apply for asylum, which involves a longer procedure, they retain the possibility to do so.

Asylum applications only a small fraction

Between 21 February and 24 April 2022, Ukrainian nationals lodged about 21 700 applications for asylum in EU+ countries, which represents less than 1% of the Ukrainians who have entered the EU during this period. Almost 9 000 applications were lodged in the first week of March, just after the beginning of the war. Their number then quickly declined, as the Temporary Protection Directive was activated on 4 March and rapidly implemented by national authorities with the support of the European Union Agency for Asylum.4

[1] According to UNHCR data

[2] These data are mainly based on the EUAA Early warning and Preparedness System (EPS). They are provisional, unvalidated data that might be subject to retroactive revisions and might differ from validated data submitted at a later date to Eurostat.