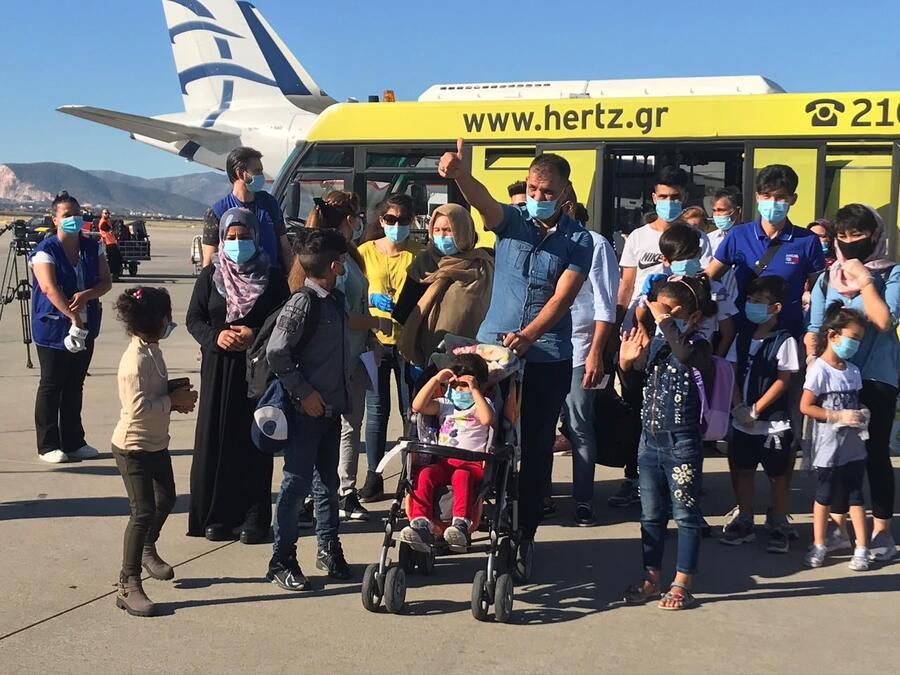 Over the past few days, 99 vulnerable asylum applicants have been relocated to Finland and Germany, as part of the European Union’s ongoing support to frontline Member States.

The European Asylum Support Office (EASO) and the European Commission, together with the UNHCR and IOM are supporting the Cypriot and Hellenic authorities to scale up the relocation of vulnerable asylum applicants to EU+ Member States. These relocations of individuals in need of particular support are expected to continue throughout the summer months.

EASO has a significant role in the ongoing relocations of minors who are determined as eligible for relocation by the national authorities. This includes carrying out the Best Interest Assessments which evaluate if such transfers are in the interest of the individuals, including that of their psychological well-being. The Agency also carries out interviews and the matching exercises which determine to which of the pledging Member States each applicant is best suited. This exercise takes into consideration factors such as cultural, family, linguistic and diaspora ties. Follow-up support is also provided to the relocating Member States when needed.

The first of the two most recent relocation exercises was carried out on 24 July 2020, with the transfer of 83 individuals in families with children with serious health issues from Greece to Germany. This relocation was part of the ongoing EU scheme to relocate 1,600 minors to various European countries.

The scheme, which is a tangible example of EU solidarity for Greece, provides for sick children and unaccompanied minors (UAMs) who are particularly vulnerable due to their young age and lack of family care, to start off new safe lives with strong support networks. So far, around a dozen EU+ Member States have pledged to relocate UAM’s under this scheme, with Germany also agreeing to welcome 243 children with serious health issues, together with their families.

The second relocation exercise, which is not part of the EU scheme, took place on the morning of 27 July 2020, with the transfer of 16 individuals in families with single parents from Cyprus to Finland. The group consisted of families from Somalia and the Democratic Republic of Congo.

EASO and the Cyprus Asylum Service also conducted a pre-departure orientation session on 22 July 2020, in order to provide the individuals with practical information on what to expect as they begin their new lives.

For all relocations, special provisions have been made to account for the COVID-19 pandemic, including by testing all relocated individuals before leaving Cyprus and Greece.

Recently, the Executive Director of EASO, Nina Gregori, visited both Cyprus and Greece, holding constructive meetings with Nicos Nouris, Minister of Interior of Cyprus; Notis Mitarachi, Minister of Immigration and Asylum of Greece; and Giorgos Koumoutsakos, Alternate Minister for Migration and Asylum of Greece. Both countries have been making strong efforts to modernise and expand their asylum systems and facilities.