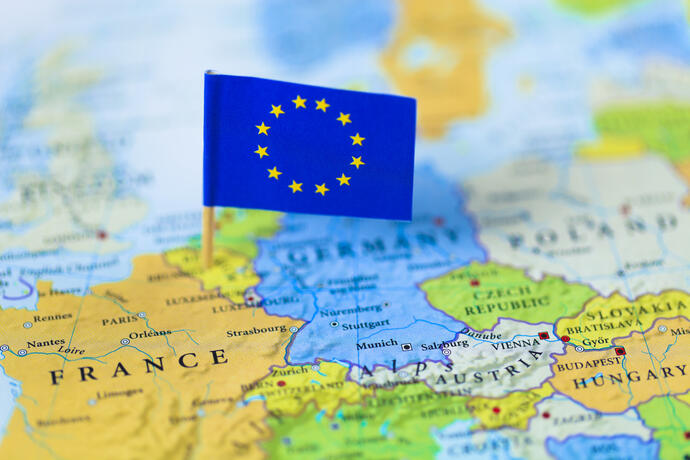 The European Asylum Support Office (EASO) will launch its 8th operation in an EU Member State in January 2022. The operational support for the Belgian Federal Agency for the Reception of Asylum Seekers (FEDASIL) will focus on increasing reception capacity and improving reception quality, in the short and medium-term.

The Operational Plan was signed by the Executive Director of EASO, Nina GREGORI, and the Belgian Secretary of State for Asylum and Migration, Sammy MAHDI. At the request of the Belgian authorities, the agreement will see EASO providing reception assets and equipment, personnel and technical expertise. The Agency will work with FEDASIL in terms of increasing short and medium-term capacity while ensuring that reception standards are in line with the Common European Asylum System (CEAS). EASO’s operational support will be based on two pillars:

In the short term, EASO will provide up to 150 reception units in the coming months in order to support an increase of capacity. This may be supplemented by additional units in the medium term, based on a further needs assessment in respect of the development of a modular emergency reception centre.

Up to 100 EASO personnel may be deployed throughout the period, including Site Management Experts, Information Provision Experts, Social Workers, Trainers, Child Protection Experts, a Reception Center Designer and interpreters.

EASO’s operational presence in Belgium will be the second such operation focussed solely on reception capacity and conditions, the other being in Spain. It will also be the only EASO operation not in a Member State on the external border of the EU.  The Agency also has operations supporting the asylum and reception authorities of Cyprus, Greece, Italy, Latvia, Lithuania and Malta, with close to 2,000 personnel deployed in total, including interpreters.

From the summer of 2018 up until early 2020, occupancy in the reception system of Belgium roughly doubled from about 16,000 to over 29,000 persons. Although the reception capacity had been steadily increasing proportionately, the occupancy rate reached a high of 96% in September 2019.  In the course of 2020 and the first half of 2021, the number of persons in reception decreased slightly and stabilised at the level of about 24,000 persons. As of October 2021, total capacity stands at approximately 27,000 persons.

The current level of asylum applications still exceeds the maximum absorption capacity (around 2,000 persons per month) of the national reception system.