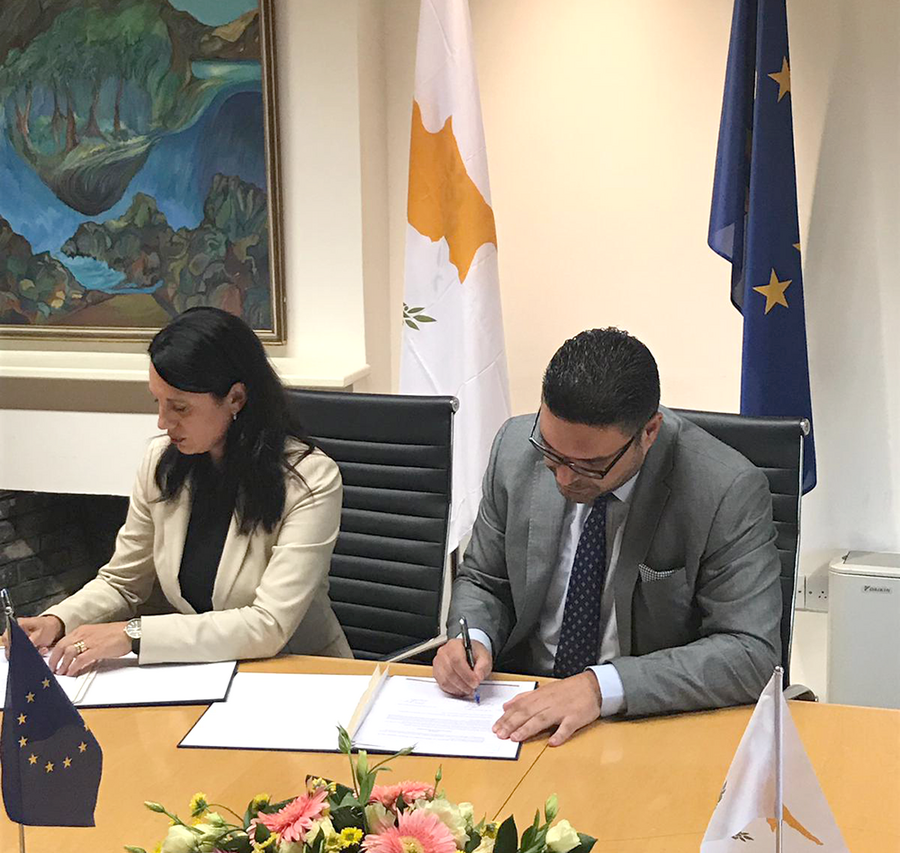 Support for Cypriot authorities continues to be scaled-up

On 19 September 2019, the Executive Director of the European Asylum Support Office (EASO), Nina Gregori, and the Minister of Interior of Cyprus, Constantinos Petrides, signed a Hosting Agreement in Nicosia, Cyprus.

The Agreement gives legal clarity to the status of EASO in the country, including that of its staff and its personnel, thus allowing the Agency to be better able to support the asylum authorities of Cyprus. Commenting on the Agreement, Ms Gregori thanked Minister Petrides and the Cypriot authorities for the constructive approach to the negotiations and commitment to finalising the Agreement as quickly as possible.

Ms Gregori stated: “The very evident goodwill and genuine constructive approach to concluding this Hosting Agreement is a real testament to the excellent cooperation between EASO and Cyprus. The Cypriot asylum authorities have been under significant pressures and have demonstrated a true European approach to managing these. EASO has been – and continues to – quickly ramp-up its support for the country with full commitment. Today’s Agreement will allow us to maximise the use of EASO’s tools in order to continue providing even more tangible support.”

In response to the increased pressures on the Cypriot authorities, EASO has been expanding the technical and operational assistance it has been providing to the country since 2014. In December 2018, a new Operating Plan was signed with Cyprus to further bolster EASO’s assistance in light of a recent surge in asylum applications.

Specifically, the Agency is supporting the Cypriot Authorities with the registration of applications for international protection and in improving reception conditions, not only in the accommodation centre in Kofinou but also in the newly established first reception centre in Kokkinotrimithia. EASO is also increasing its capacity to stabilize and reduce the backlog of pending cases. Under the new Operating Plan, EASO is also supporting the Cypriot authorities in the area of data management and coordination.

EASO also hopes that the processes of arranging Hosting Agreements with Greece and Italy will be concluded as soon as possible.