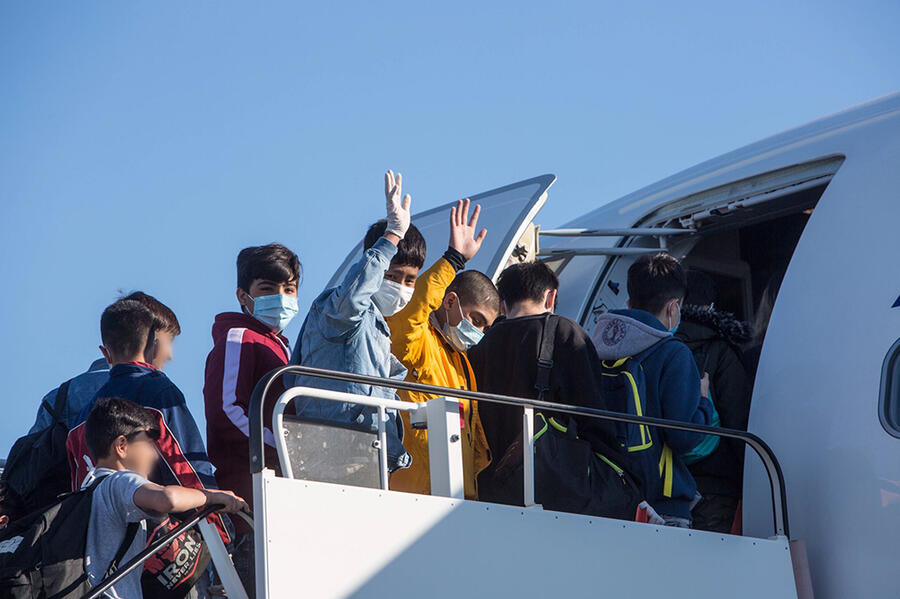 On 12 May 2020, EASO and the Greek Government agreed to an amendment to the Greek Operating Plan which allows for the Agency to facilitate the relocation of 1,600 UAMs from Greece to participating EU+ Member States in the scheme.

The amendment was signed by EASO’s Executive Director, Nina Gregori, and the Greek Alternate Minister for Migration and Asylum, Giorgos Koumoutsakos. The scheme will be implemented based on workflows agreed to by all involved parties, namely: EASO, the European Commission, the Greek Ministry for Migration and Asylum, IOM, UNICEF, UNHCR, EU Agency for Fundamental Rights (FRA) and the participating EU+ Member States.

Commenting on the amendment to the Operating Plan, Ms Gregori stated: “EASO is proud to facilitate this important scheme which not only shows tangible European solidarity for Greece, but will also provide 1,600 vulnerable children with a chance for a safe new life. EASO already has extensive experience with relocation and has hundreds of personnel already in Greece. Building on this, we have been working hard to prepare despite the COVID-19 situation, and will begin immediate implementation.”

EASO will carry out the matching of UAMs to pledging Member States, using defined criteria such as family, linguistic and cultural tries. The Agency will also support the responsible Greek Authorities in the process of the individual Best Interest Assessment (BIA) of each UAM, to ensure that the proposed relocation is indeed in the best interest of the child.

In coordination with the hosting authorities, EASO has adapted the operational working methods so as to ensure the safety of its personnel, as well as of asylum seekers, in light of the COVID-19 pandemic. Two pilot relocations of UAMs under the scheme have already taken place; 12 to Luxembourg and 55 to Germany.

Throughout 2020, the Agency is in the process of doubling its operational deployments in Cyprus, Greece, Italy and Malta. Despite the challenges posed by COVID-19, the goal remains to have up to 2,000 personnel in its operations by the end of the year.