EASO to further support Greece: New Operating Plan for activities in 2017 has been put in place 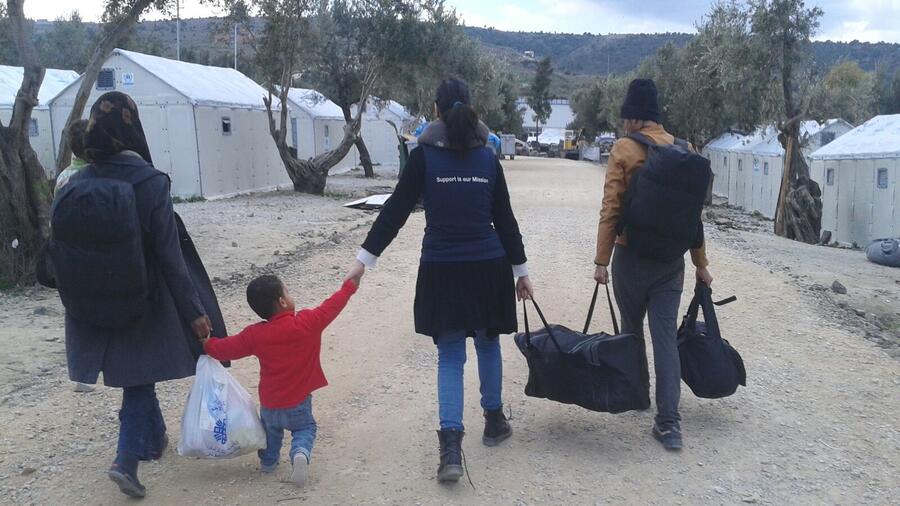 EASO’ support for Greece will continue in the course of 2017. EASO and Greece have today signed an Operating Plan, encompassing all technical and operational assistance to Greece. Support activities foreseen include: support on relocation, support for the implementation of tasks under the EU-Turkey Statement, supporting and enhancing identification and assistance to vulnerable applicants, and support with absorption of EU funds

EASO and Greece signed a new operating plan, which provides for EASO support activities to Greece, to be implemented over a period of 12 months, from January 2017 until December 2017. For the first time, the new agreement combines all the support measures and operational activities of EASO to Greece into one single Operating Plan, forging a strengthened cooperation between the Agency and the Greek authorities.

The new plan builds on EASO existing operational support to Greece and aims to respond to the extraordinary pressure on its asylum and reception systems and sustain the fully implementation of the EU Asylum Acquis. According to the plan, EASO will support Greece in three main priority areas: implementation of the EU Relocation programme, implementation of the EU-Turkey Statement and implementation of the Common European Asylum System (CEAS). To this end, EASO will perform, over the next year, a wide range of operational activities - outlined in the plan – including: support with information provision on relocation, handling outgoing Dublin take charge requests, the detection of possible document fraud, implementation of the EU-TR Statement and enhancement of the Greek Asylum and Reception system, training Greek personnel in the framework of the EASO Training Curriculum, absorption of EU funds and other financial resources, enhance identification and assistance to vulnerable applicants. To continue ensuring effective results in these areas, EASO will deploy national experts and interpreters to Greece and provide all the necessary logistic and administrative support.

EASO support to Greece dates back to April 2011, when the Operating Plan Phase I was signed. Greece has faced particular asylum pressures in the past years due to a significant influx of irregular migrants at the European external borders. Following a request made by the Greek Government, in February 2011, EASO agreed to support Greece until March 2013 and to deploy various Asylum Support Teams (ASTs). Since the beginning of its operations, Greece was supported in enhancing and building up its capacity in tackling the backlog of asylum cases. In addition, the setup of a sustainable and efficient asylum and reception structure was supported: new First Reception Service, Asylum Service, Appeals Authority and improved reception conditions. On 7 March 2013, EASO and Greece signed the Operating Plan Phase II. The Plan extended EASO support to Greece up until December 2014 in various areas, e.g. training of the staff of the new services, support to the backlog committees, support to improvement of reception procedures and the management of EU funds related to asylum and reception. On 13 May 2015, EASO and Greece signed a new Support Plan which provided for EASO tailor-made support to Greece until May 2016 and was subsequently amended and extended until 31st of December 2016.

In addition, EASO signed on the 30th of September 2015 the EASO Hotspot Operating Plan (HOP) to Greece. This Plan was amended several times, taking into account the EU-TR Statement, the European Agenda on Migration, including the Hotspot approach and subsequent developments, in order to reflect the operational needs both on the islands and on mainland Greece and was extended until 31st of December 2016.

In 2017, EASO will continue to implement its role as mandated by the EU institutions and the respective adopted framework, including the European Agenda on Migration, the Hotspot approach, the Council Decisions on Relocation and the EU-TR Statement.

Any further information on EASO may be obtained by contacting Mr. Jean-Pierre Schembri on the following e-mail address: jean-pierre.schembri@easo.europa.eu  (follow us live on Facebook and twitter @EASO).