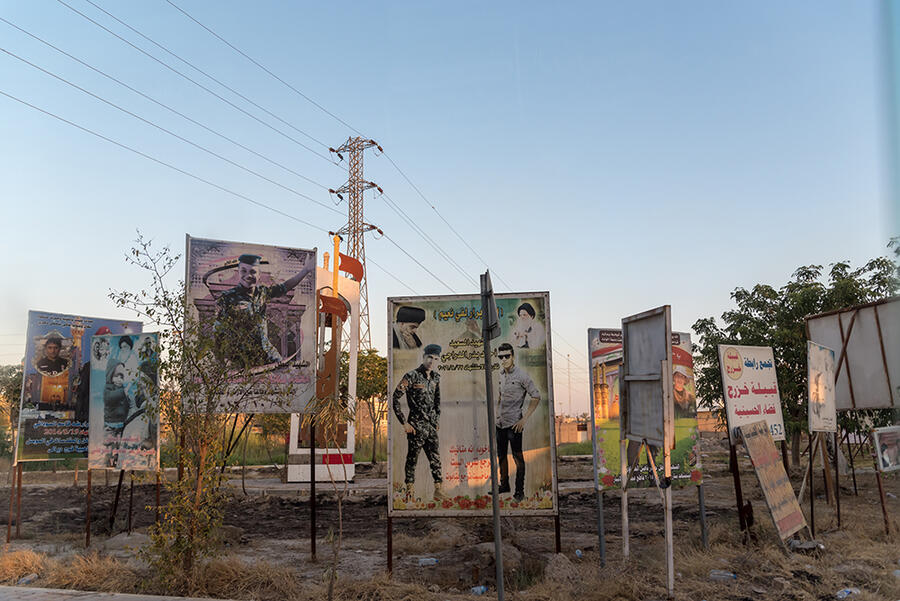 Today, the European Asylum Support Office (EASO) published a Country of Origin Information (COI) Report on the security situation in Iraq. This report is the last of a series of Iraq reports  produced in 2020, covering – besides the security situation – also key socio-economic indicators and the targeting of individuals of different profiles. The reports provide information relevant for international protection status determination for Iraqi applicants and will be used to update the EASO Country Guidance on Iraq 2020.

The report, Iraq: Security situation, should be read in conjunction with the other reports on Iraq published in 2020.

Iraqi applications for international protection in the EU+ have been decreasing since 2016. Nevertheless, Iraqi nationals ranked fifth among the most common citizenships in the EU+ in 2019 with over 30 000 applications. In the first quarter of 2020, Iraqis lodged some 6 100 applications, fewer than in the first quarter of 2019. Subsequently, the number decreased even more as asylum authorities in EU+ countries implemented restrictive measures to halt the spread of the COVID-19 pandemic. As a result, in the first six months of 2020, Iraqi nationals lodged just under 8 500 applications in EU+ countries, almost half compared to the same period in 2019. Nevertheless, Iraq kept the fifth position among the most common countries of origin. In the first six months of 2020, approximately 11 900 first-instance decisions were issued on Iraqi applicants, with a recognition rate for EU-regulated types of protection at 38 %. The number of pending cases at first instance has gradually decreased over the last six months, so that in the end of June 2020 there were some 15 800 cases awaiting a decision.  Germany has been the main destination country for Iraqi applicants: from April 2019 to March 2020 almost half of all Iraqi applications in the EU+ were lodged in Germany.

Iraq: Security situation provides information about relevant security trends at national and governorate levels for the period 1 January 2019 – 31 July 2020. It covers the recent conflicts in Iraq, including a short overview of existing political tensions, as well as the international context that the political and security situation has unfolded in. It also includes the presence and capacity of the armed forces and the role they play in the security situation. Recent security trends are described, including the number of casualties and security incidents, examples of representative security incidents, and the impact of the security situation on the civilian population including remaining explosives in former conflict areas, and road security. An account is given of IDP and returnee movements in the period, as well as the state of mobility within the country.

The report was co-drafted by EASO and Belgium, Office of the Commissioner General for Refugees and Stateless Persons, Cedoca (Centre for Documentation and Research), in accordance with the EASO COI Report Methodology. Respective parts of this report were reviewed by Denmark, Ministry of Immigration and Integration, The Danish Immigration Service; Finland, Finnish Immigration Service; and France, Office for the Protection of Refugees and Stateless Persons (OFPRA), Information, Documentation and Research Division; ACCORD, the Austrian Centre for Country of Origin and Asylum Research and Documentation, and ARC, the Asylum Research Centre.

The report can be downloaded from the EASO COI Portal on the following link.