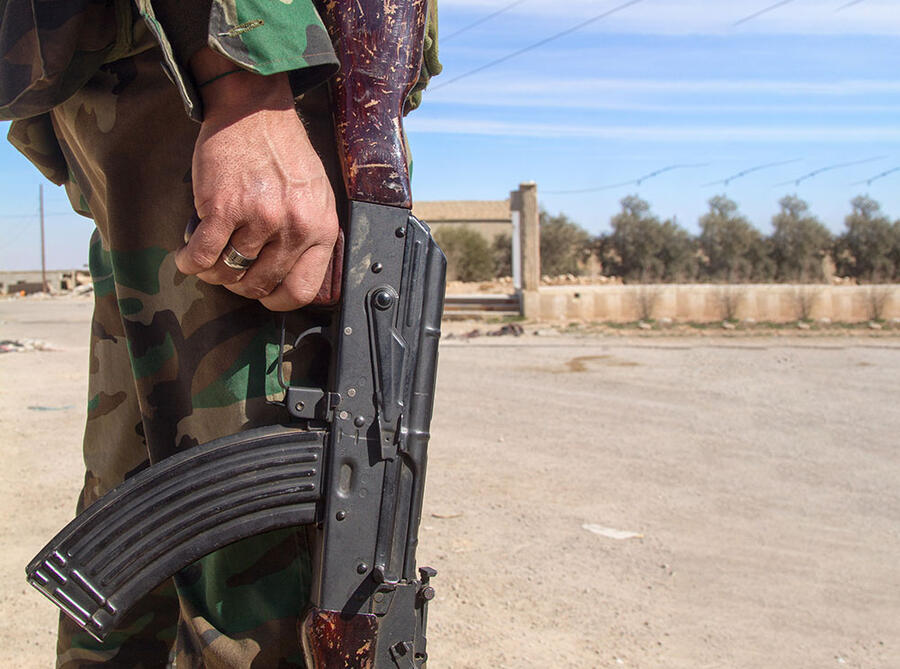 Today, the European Asylum Support Office (EASO) published a Country of Origin Information (COI) report titled "Syria: Military service".
This report is part of a series of Syria COI reports produced in 2021. The reports provide information relevant for international protection status determination for Syrian applicants, and in particular for use in updating EASO’s country guidance development on Syria. In both January and February 2021, Syrians lodged more than 10 000 applications for international protection in the EU+.1 While these were the highest numbers since 2016, they included close to 5 000 repeated applications (in the same reporting country) in both months, which was considerably higher than earlier. Over the last six months (September 2020 – February 2021), total applications by Syrians almost doubled compared to the previous six-month period. Syrian applications pending at first instance have increased by 38 % over the last six months, to over 50 400 at the end of February 2021. Over this period, the EU+ recognition rate for Syrians was 86 % (relatively stable compared to the preceding six months).

The report, EASO COI Report: Syria – Military Service, provides relevant information regarding the service in the Syrian Arab Army, the formal land forces of the national Syrian Armed forces, focusing primarily on recent trends, with updated information on 2020 and 2021 where available.
The report was drafted by the EASO COI Sector, in accordance with the EASO COI Report Methodology. The report was reviewed by Belgium, Office of the Commissioner General for Refugees and Stateless Persons (CGRS), Centre for Documentation and Research (Cedoca); Denmark, Danish Immigration Service (DIS), and the Netherlands, Office for Country Information and Language Analysis.

[1] This overview is based on EASO Early warning and Preparedness System (EPS) data. Data for February 2021 were missing for two EU+ countries and January data for one country.