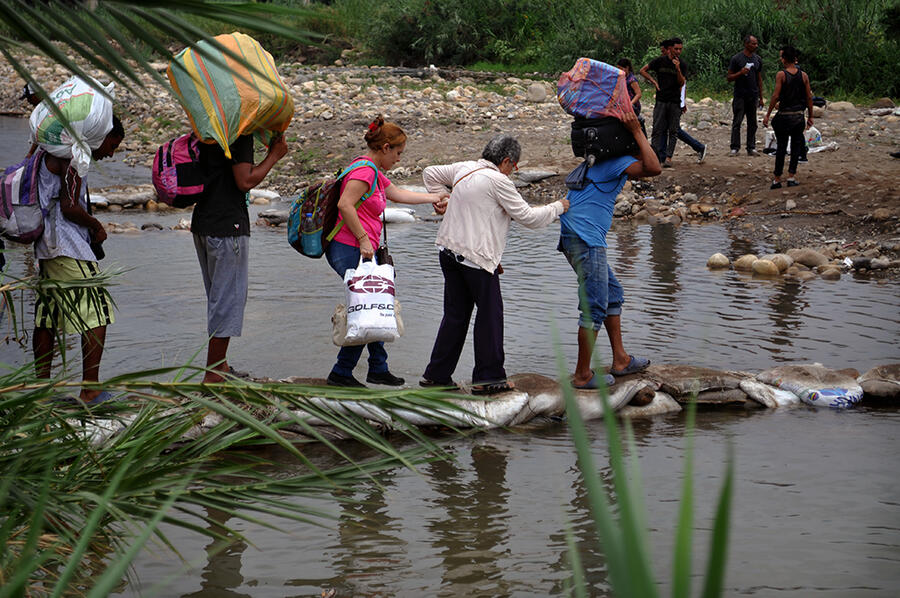 This COI report is a joint initiative of EASO and the Secretariat of the Intergovernmental Consultations on Migration, Asylum and Refugees (IGC)1.

The report addresses the main topics and questions raised by international protection authorities, decision-makers, and COI researchers. It covers recent developments in the economy, political and security situation, and the humanitarian situation. The report also discusses the most recurring targeted profiles by the government and its security forces. It describes activities of armed pro-government civilian groups (colectivos), including targeted profiles, modus operandi, relation with the government and security forces, and state response for victims of colectivos. Final chapters describe identity and courts documents, entry and exit procedures, and the situation of lesbian, gay, bisexual, trans (LGBT) persons.

Some findings of the report include:

The report was drafted by an independent COI expert, James Restrepo, in accordance with the EASO COI Report Methodology. The report draws on information from 14 oral sources interviewed for this report, apart from a large variety of publicly available sources. It was reviewed by experts from: Canada - Immigration and Refugee Board (IRB) of Canada, and Immigration, Refugees and Citizenship Canada (IRCC); Norway -Norwegian Country of Origin Information Centre, Landinfo; Switzerland - State Secretariat for Migration (SEM), Division Analysis (Länderanalyse SEM), and United States - Refugee Asylum and International Operations (RAIO), US Citizenship and Immigration Services (USCIS).

Venezuelan applications for international protection in the EU+ increased considerably since early 2019 and peaked between November 2019 and February 2020. In 2019, Venezuelans launched twice as many applications, over 45 000, as in 2018. In the first quarter of 2020, the number remained similar to the last quarter of 2019 (over 13 000) but already in late March applications began to decrease in the context of restrictive measures to halt the spread of the COVID-19 pandemic. Spain has remained the main destination country: in the period January 2019 – March 2020 about nine in 10 applications in the EU+ were lodged in Spain.

The report can be downloaded from the EASO COI portal.