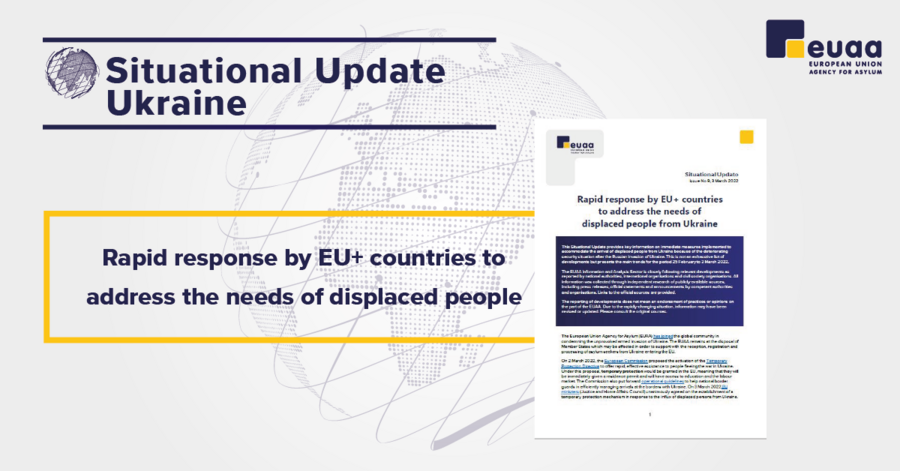 Today, the European Union Agency for Asylum has published a Situational Update on the war in Ukraine; and outlined the rapid response actions that the European Union and its Member States have taken to provide shelter and temporary protection to the so-far over 1 million displaced Ukrainian nationals.

This Situational Update provides key information on immediate measures implemented to accommodate the arrival of displaced people from Ukraine because of the deteriorating security situation following the illegal invasion of Ukraine by Russia. It will be revised on a regular basis, as the situation develops.

The majority of EU+ countries have taken initiatives to accommodate the high number of displaced people from Ukraine and have implemented protection actions, including by:

The EUAA joins the global community in condemning in the harshest possible terms the actions of the Russian Government, which have resulted in this humanitarian emergency.