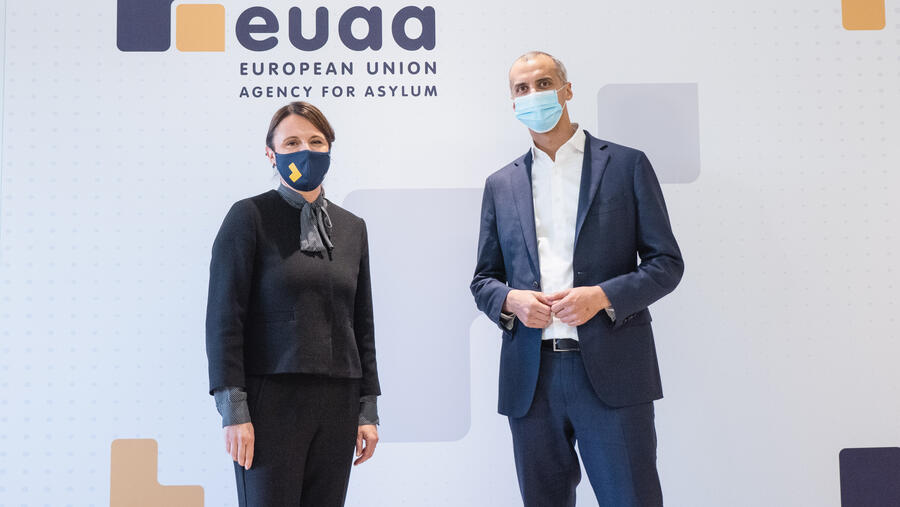 Today, the Executive Director of the European Union Agency for Asylum (EUAA), Nina GREGORI, together with the Agency’s senior management team, welcomed the Danish Minister of Immigration and Integration, Mattias TESFAYE, and a delegation of senior officials to the Agency’s Headquarters in Valletta, Malta.

The visit of the Danish Minister of Immigration and Integration to the Agency’s Headquarters is the first ministerial visit since the establishment of the EUAA on 19 January 2022, replacing the former European Asylum Support Office (EASO) with an expanded mandate.

The Executive Director and the Minister discussed a range of issues relating to the situation of migration and asylum in Europe and its neighbourhood. The activities of the Agency in third countries, notably regarding its expanded mandate, were also focussed on. Denmark is an active partner in the EUAA’s support for third countries, such as the EUAA-Egypt Roadmap.

The new mandate of the Agency brings about numerous changes that strengthen its ability to support Member States in the proper implementation the EU’s high asylum and reception standards.

Ms Gregori particularly highlighted the new EUAA Asylum Reserve Pool of 500 national personnel, which once fully established, will allow for the Agency to deploy tangible operational assistance at short notice. This will ensure that the EUAA will be able to respond to the needs of national asylum and reception authorities, and to continue building on its eight operations which currently consist of almost 2000 personnel. 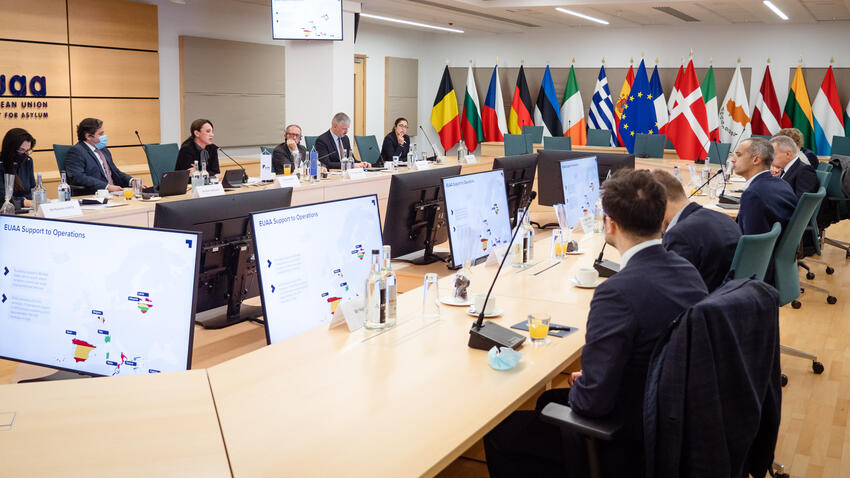 The Executive Director also thanked Minister Tesfaye for Denmark’s support to the Agency’s operations – and therefore to Member States – through the deployment of national experts over the last several years.

Minister Tesfaye expressed his gratitude to the Agency for its ongoing and increasing work in building a functioning Common European Asylum System, also noting the importance to Denmark’s own authorities.

The Kingdom of Denmark is not bound by the European Union legislation underpinning the Common European Asylum System, as set out in Protocol 22 of the Treaty on European Union; nor it is bound by Regulation 2021/2303 establishing the European Union Agency for Asylum. However, the Agency’s Management Board regularly invites a representative of the national authorities to attend its meetings in an observer capacity.

Denmark applies Regulation EU 603/2013 and Regulation EU 604/2013 on the Eurodac system and the Dublin Regulation respectively, by way of a specific international agreement. Moreover, since 2016, Denmark has made over 60 experts available to EUAA (formerly EASO) operations, despite not being required to do so.

More information is available on request to the European Union Agency on Asylum’s Press Office: