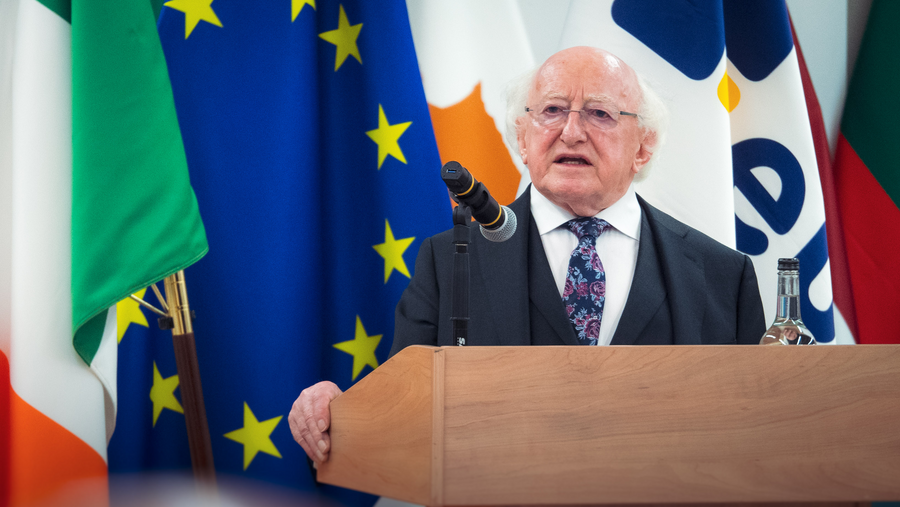 Today, the European Union Agency for Asylum (EUAA) had the privilege of welcoming His Excellency Michael D. Higgins, A Uachtaráin (President) of Ireland to the Agency’s Headquarters in Valletta, Malta. Accompanied by Mrs. Sabina Higgins and Ms. Heather Humphreys, Minister for Social Protection & Minister for Rural and Community Development, among others, his visit to the Agency is part of a State Visit by the Irish President to the Republic of Malta – the first such visit since 2006.

During his visit to the Agency’s Headquarters, the President was received by Mr. Mark CAMILLERI, Head of Corporate Management Centre a.i. and Ms. Alison GATT, Head of International and European Affairs Unit a.i; who briefed him on our work. Mr Camilleri particularly highlighted the importance of the new mandate of the Agency which brings about numerous changes that strengthen its ability to support Member States in the proper implementation the EU’s high asylum and reception standards. 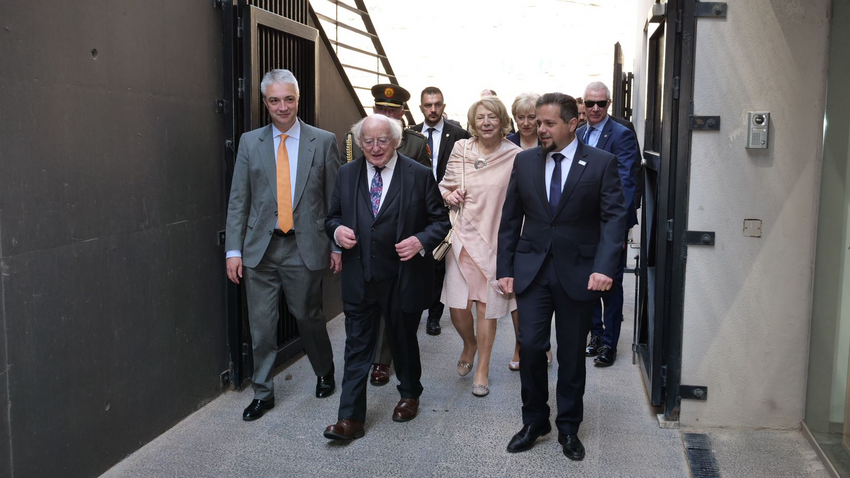 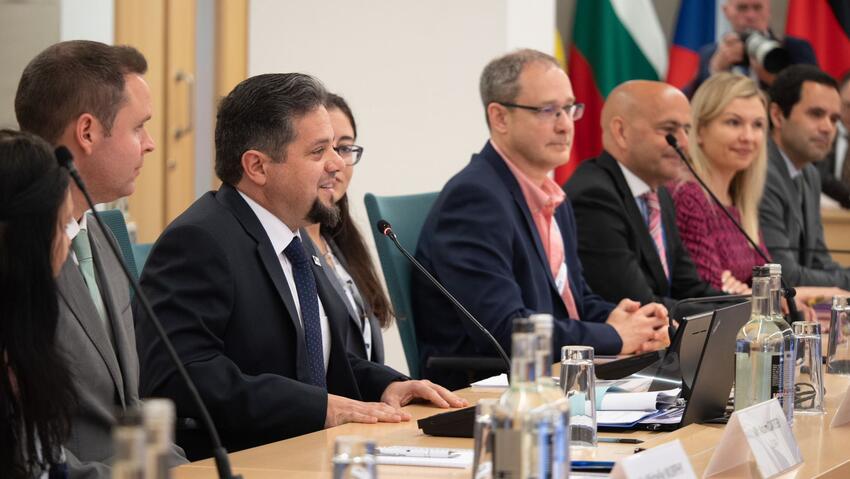 Following an overview of the role and activities of the Agency by Mr Camilleri, the President gave a Keynote Address on the need for "more Europe" in its common migration policy, considering the War in Ukraine and ongoing geopolitical instability.

The Keynote Address of his Excellency was also attended by a group of students from the Academy of Diplomatic Studies (MEDAC) and the Institute of European Studies of the University of Malta. 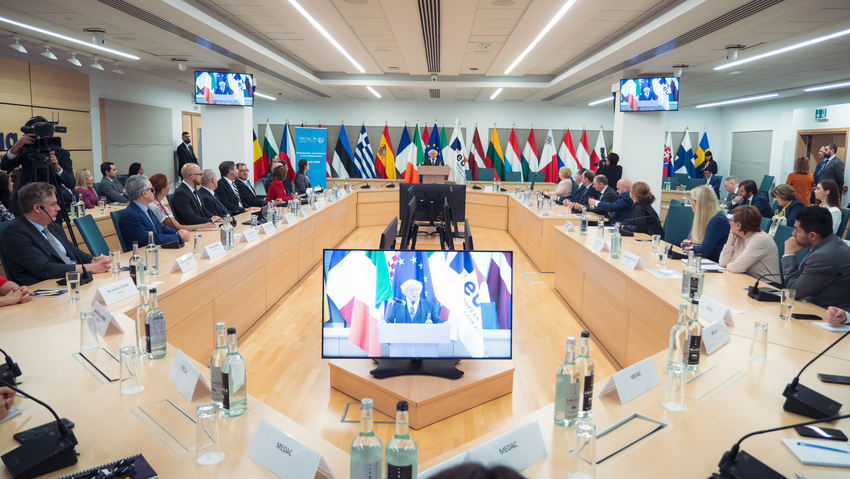 A committed humanist, the President reiterated the need for a European migration policy that strikes a balance between responsibility and solidarity between Member States. Indeed, he recalled Ireland’s support to Malta with the voluntary relocation of applicants. The President’s remarks found a favourable hearing, both with his audience as well as EUAA staff who have, for over a decade, worked to support EU Member States in driving convergence between their national asylum and reception systems, and so that a genuine and effective Common European Asylum System might result.

The President’s address can be watched here.

While Ireland is not bound by Regulation EU 2021/2303 on the European Union Agency for Asylum, by virtue of Protocol 21 of the Treaty on European Union and is not represented in the Agency’s Management Board. The Agency is, however, very pleased to be able to count 5 Irish citizens among its staff including most prominently, Mr. Patrick AUSTIN, the Head of the Operational and Technical Support Centre (C1).

The Agency is currently providing operational support to 9 EU Member States including Belgium, Cyprus, Greece, Italy, Latvia, Lithuania, Malta, Spain, and most recently in Romania, with different facets of their asylum and reception systems. It expects to launch further support operations in the Netherlands and Czechia in the coming weeks, and potentially in Moldova. The latter two countries are critical partners as the EU continues to respond to humanitarian consequences of Russia’s War of Aggression in Ukraine.

The war has displaced over 6 million people so far, according to UNHCR.