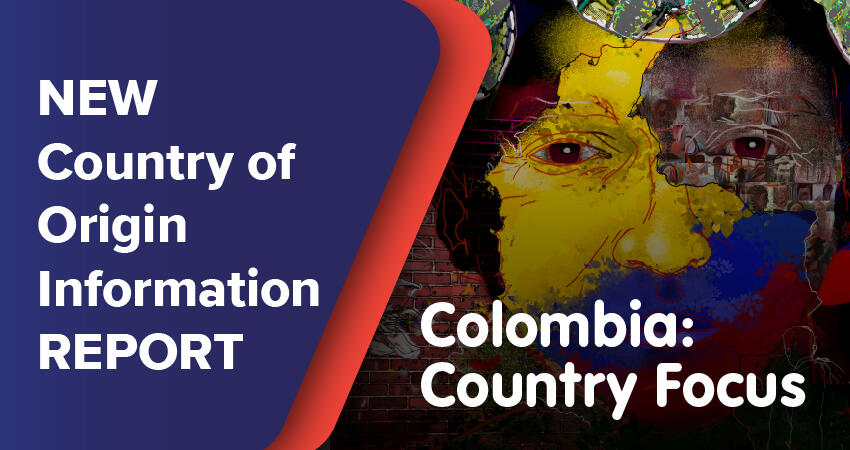 The European Union Agency for Asylum (EUAA) has published a Country Focus report – on Colombia – for the first time. The report covers the period between 2021 and the first months of President Gustavo Petro’s newly elected administration which was inaugurated in August 2022. It provides updated information that supports decision-makers in assessing international protection claims made by Colombian nationals. The report focuses extensively on the impact the post-FARC security landscape on civilians and individual profiles relevant for international protection.

Colombia has experienced more than five decades of conflict involving the country’s security forces, left-wing guerrilla groups and their successors, right-wing paramilitary groups and their successors, gangs, and organised criminal groups. In 2016, Colombia’s government signed a historic peace agreement to end the protracted conflict with the FARC-EP, a Marxist-Leninist guerrilla group active since 1964.

UNHCR reports that there were 6.8 million internally displaced people in Colombia as of 2021, just slightly less than Syria. In August 2022, Colombia elected President Gustavo Petro who vowed to implement the 2016 FARC-EP peace deal and attempt to negotiate with other armed actors.

Asylum applications by Colombians in the EU+

Between January 2021 and September 2022, Colombians were the seventh largest group of applicants for international protection in the EU+. Since November 2021, applications by Colombian nationals have fluctuated between 2 400 and 4 000, monthly, while in September 2022, Colombians lodged the most applications (4 070) since the beginning of the COVID-19 pandemic in February 2020.

EU+ countries issued approximately 36 500 decisions at first instance on Colombian applications since January 2021. During this period, 7 % of the decisions granted refugee status and subsidiary protection, and 24 % granted national forms of protection (not regulated at EU level).

The report can be downloaded from the EUAA COI Portal.