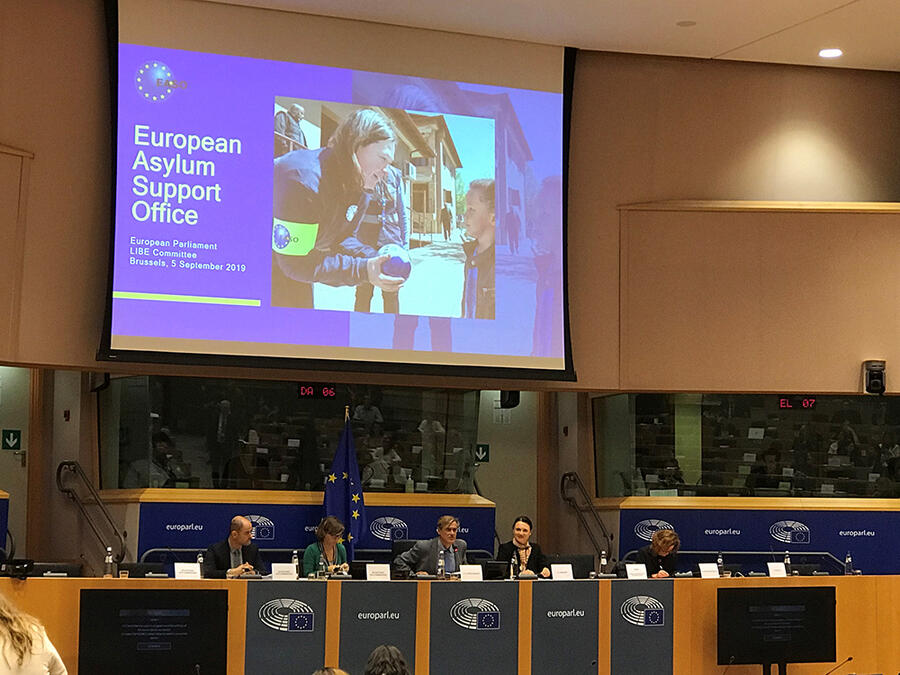 In just one year EASO has implemented 79% of an ambitious Governance Action Plan.

During the series of meetings, Ms. Gregori updated the MEPs on the latest developments in EASO’s implementation of its Governance Action Plan, which was approved in the spring of 2018. The Plan established a series of actions aimed at dramatically reinforcing the Agency’s internal governance, rebuilding internal capacity and restoring trust. In just over a year, 48 of the 61 (79%) actions within the Plan have been completed, while the remaining 13 actions – mostly relating to long-term targets – are ongoing.

In particular, EASO has established a robust internal control system and has been undergoing a heavy recruitment drive to bring its capacity in line with the increased technical and operational support being requested by the asylum authorities of EU Member States. From a workforce of just over 200 in the summer of 2018, EASO now has 292 staff, with plans to reach 500 by the end of 2020.

MEPs across the board praised the hard work and improvements that have been carried out by the Agency and its new management over the past year, despite challenging circumstances. They repeatedly acknowledged the transformation that has taken place in a relatively short time span.

Ms. Gregori also spoke about EASO’s commitment to remain fully engaged with the European Parliament in overcoming the legislative deadlock on the reform of the Common European Asylum System, so that the EU’s asylum practices can be further bolstered in a fair and future-proof manner.

As part of this reform, the Executive Director stated that while EASO has turned the page and is now providing more support than ever before, the limitations within its current mandate are very clear. In this context, she stressed the need for the proposed new mandate and transformation into the European Union Agency for Asylum (EUAA) to be approved as soon as possible, and thanked the European Parliament for its steadfast support on this file.