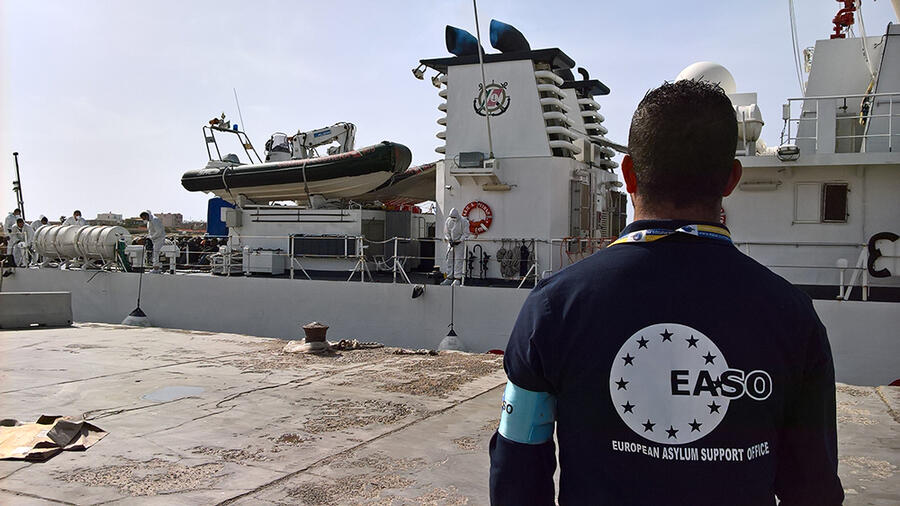 EASO providing more operational support than ever before with 40% of Agency’s 2019 budget committed to working with our partners on the ground.

The European Asylum Support Office (EASO) has reached unprecedented levels of operational activity in supporting the asylum authorities of Cyprus, Greece, Italy and Malta. At the end of September 2019, 926 personnel were operating under the EASO banner in these Member States, including EASO staff, deployed Member State experts, locally contracted personnel and interpreters. This figure varies between 900-1000 personnel on a weekly basis based on deployment rotations.

Of these 926 deployments in the last week of September, 510 were present in Greece; 296 in Italy; 71 in Cyprus; and 49 in Malta. In 2019, these EASO personnel have been operational in 88 locations in the four Member States (43 in Italy; 36 in Greece; 7 in Cyprus; and 2 in Malta). EASO’s commitment to partnering at an operational level with these Member States translates into a EUR 38.4 million commitment for 2019, equivalent to almost 40% of EASO’s overall budget.

All of the operations are based on annual Operating Plans signed with Malta in June 2019, and Cyprus, Greece and Italy in December 2018. These Plans govern the technical and operational support which is provided to the national authorities, including information provision, registration of applications, conducting interviews and drafting opinions, preparing files, handling outgoing Dublin take-charge requests, as well as building capacity and expertise in national asylum and reception authorities.

In September, a Hosting Agreement was signed with Cyprus, providing legal clarity for EASO’s staff and assets in the country, while talks with the Greek authorities on a similar agreement are in the final stages.

EASO is particularly grateful to EU+ Member States who continue to deploy national experts to the Agency’s operations, as a clear demonstration of solidarity to front-line Member States.

Throughout 2019, EASO has also been very active as a primary EU actor, together with the European Commission, in supporting Italy and Malta in the so-called ad hoc disembarkations and voluntary relocations following rescue operations, primarily from Non-Governmental Organisation (NGO) vessels. To date, such support has been provided following the disembarkation of 16 vessels.

The Agency, together with the European Commission, has developed the so-called ‘Messina Model’ to manage such procedures in an efficient manner, while also respecting the rights of asylum applicants. Under this procedure, EASO carries out registration and pre-selection interviews, supports relocating Member States with selection missions or additional interviews, as well as coordination between Member States.

EASO welcomes the ongoing discussions by Member States on providing a more structured approach to the current ad hoc system, including at today’s Justice and Home Affairs (JHA) Council meeting. While not a replacement for a predictable and permanent system, it nevertheless is a way forward to which EASO stands ready to contribute.