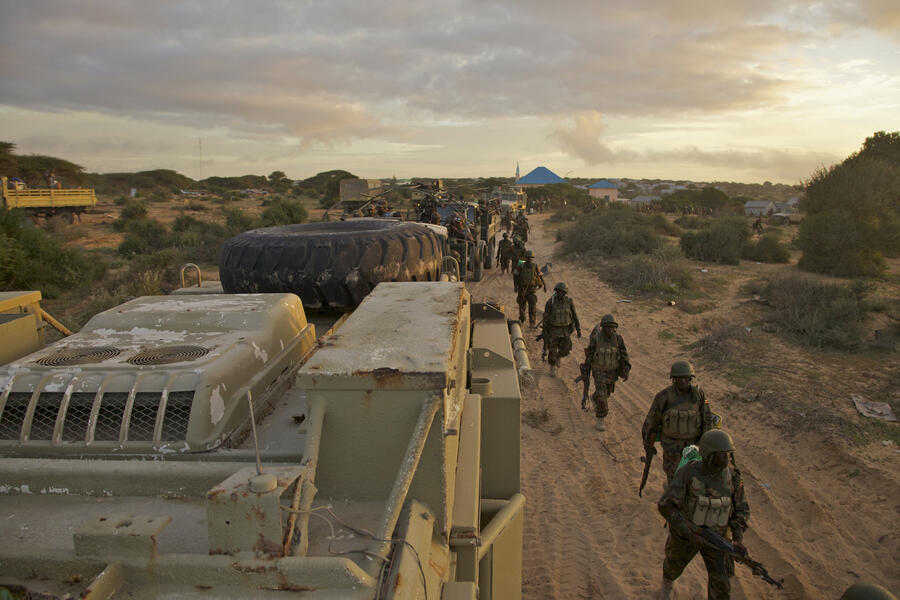 In the first ten months of 2017, nationals from Somalia lodged close to 12 000 applications in the EU+, ranking 14th among the most common citizenships of origin of applicants. While the number of Somali applications awaiting a first-instance decision has decreased by 57% in the past 12 months, from more than 27 000 in October 2016 to close to 11 600 at the end of October 2017, Somalia still represented a significant decision-making backlog and ranked 13th in terms of pending cases at  first-instance in the EU+.

The report provides an overview of the security situation in Somalia, information relevant for the protection status determination of Somali applicants for international protection. The first part of the report provides a general description of the security situation in Somalia, covering the following topics: a brief overview of the political and economic situation; actors in the conflict (state’s armed forces, international forces and armed groups); the impact of the violence on the state ability to secure law and order, with descriptions of the Judiciary, detention conditions and death penalty; the impact of the violence on the civilian population, and the impact of the current drought.

In the second part, the report describes the security situation in different regions in Somalia, including the capital Mogadishu. These chapters provide a general overview of the region, followed by the major violent incidents. The report outlines the actors in each region and the areas of control or influence by each of these actors. Finally, the report provides information on the impact of the violence on the population. The reference period for the security report runs from January 2016 until 31 August 2017.

This new report is to a large extent based on a joint fact-finding mission report by the Austrian Bundesamt für Fremdwesen und Asyl/Staatendokumentation and the Swiss Staatssekretariat für Migration, as well as a joint fact-finding mission report by the Danish Immigration Service and the Danish Refugee Council. Findings from these fact-finding missions were combined with desk research. A researcher from Denmark participated in the drafting process of this report jointly with EASO. In accordance with the EASO COI Report Methodology, the report was reviewed by experts from Belgium, Italy, The Netherlands and Norway, in order to ensure the highest quality.

It is EASO’s intention to continue to produce such reports on important countries of origin and to update them on a regular basis in order to raise and harmonise COI standards in the EU and to further support the practical implementation of the Common European Asylum System.