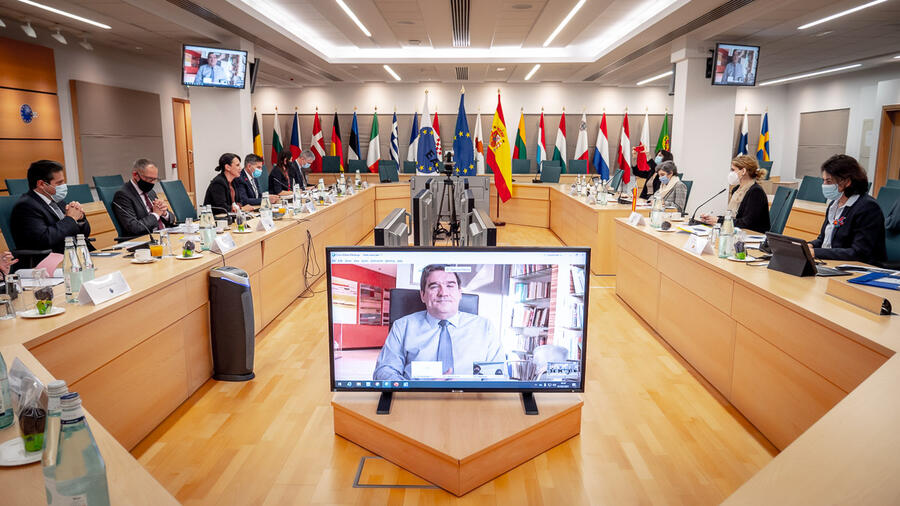 Last week, EASO carried out a targeted needs assessment mission to the Canary Islands in order to quickly begin implementing effective reception support to the Spanish authorities in the region.

On 1 February 2021, the Spanish State Secretary for Migration, Hana Jalloul Muro, accompanied by the Spanish Ambassador to Malta, Consuelo Femenía, visited the Headquarters of the European Asylum Support Office (EASO) in Valletta. During the visit, the State Secretary met with the Executive Director of the Agency, Nina Gregori, as well as with EASO’s senior management. Part of the discussions were also joined remotely by José Luis Escrivá Belmonte, Spanish Minister for Inclusion, Social Security and Migration.

During the meetings, discussions with the Spanish delegation focussed on  EASO’s new operation in the country in support of the national reception system. The Agency’s fifth ongoing operation – together with those in Cyprus, Greece, Italy and Malta – was launched in January following the signing of the Operating Plan in December 2020.

The agreement was reached following a Joint Rapid Needs Assessment (JRNA) carried out by EASO and the Spanish Ministry for Inclusion, Social Security and Migration, between mid-September and the end of October 2020. Commenting on the visit of the State Secretary, Nina Gregori stated: It was a great pleasure to welcome Ms Jalloul Muro to our premises today. The discussions built on the excellent cooperation we have fostered over the past months, allowing for the swift launch of a new EASO operation in Spain. EASO is wasting no time in quickly operationalising its plans to support the Spanish authorities in strengthening the reception system for asylum seekers.

Within the context of the new Spain operation, last week a multi-disciplinary EASO team carried out a needs assessment mission at six sites in the Canary Islands, which have received a high number of persons with international protection needs in recent months. The mission was carried out in order to enable the Agency to tailor its support to the specific needs in the region, and the results were discussed with the State Secretary during her visit.

In addition to providing enhanced capacity to the reception services in the Canary Islands, EASO’s operation in Spain will also support in the transition towards a new model for reception; enhance structural processes in support of the reception system; contribute to strengthening capacity within the reception system through professional development, tools and materials; and support the Spanish authorities in the area of resettlement.