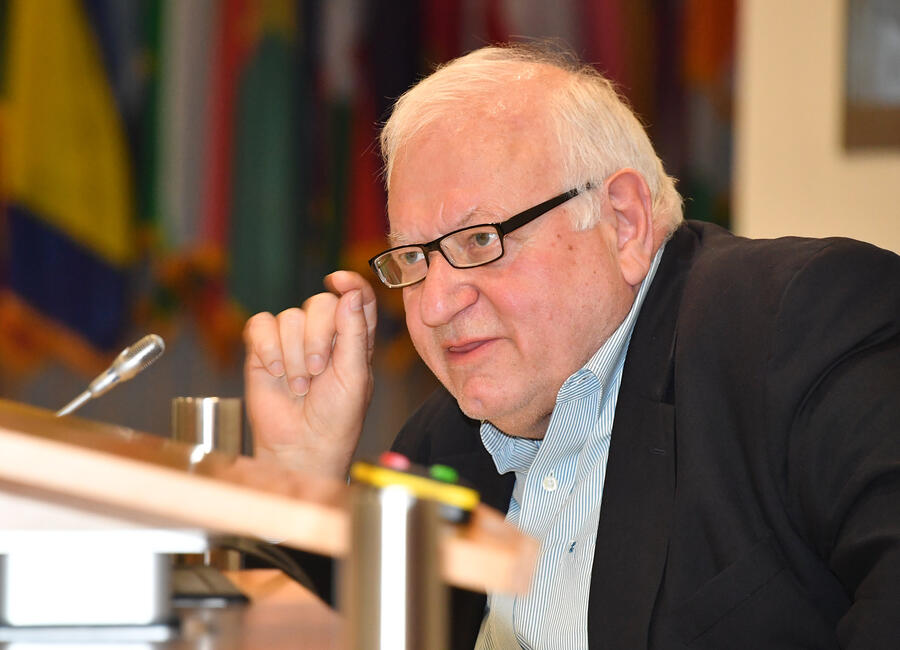 It is with great sadness that the European Union Agency for Asylum (EUAA) mourns the passing of Dr. Demetrios G. Papademetriou last week.

Dr. Papademetriou was a giant in the world of migration and asylum research. He devoted his long and illustrious career to working with international organisations, academia, national governments and civil society, with the aim of developing policies and practices which protect the world’s most vulnerable. He was a larger-than-life figure who ardently advocated for the international community to seek practical and effective solutions to the challenges of migration management.

Universally recognised as one of the international community’s most influential migration policy leaders, Dr. Papademetriou was also a strong advocate and ally of the European Asylum Support Office (EASO) and vocal supporter of its transformation into the EUAA. He was a frequent speaker at events of the Agency, most recently at its 10-year anniversary event last October.

Working with, and advising, numerous national governments and international organisations, he believed that multilateralism was the key to ensuring that the rights of migrants and asylum seekers were safeguarded and indeed enhanced. In this spirit of multilateralism, he was the founding President of the Migration Policy Institute from 2001-2014, following which he became President Emeritus and Distinguished Transatlantic Fellow. His academic and policy advocacy for a strong and effective Common European Asylum System, as well as transatlantic cooperation on migration management, likewise highlight this philosophy.

Dr. Papademetriou will always be remembered by all at the EUAA for invoking new ideas and for never shying away from holding institutional partners and authorities to account – all in the name of protecting those seeking protection and human decency.

Read Dr. Papademetriou’s obituary or leave a memory for his family here.