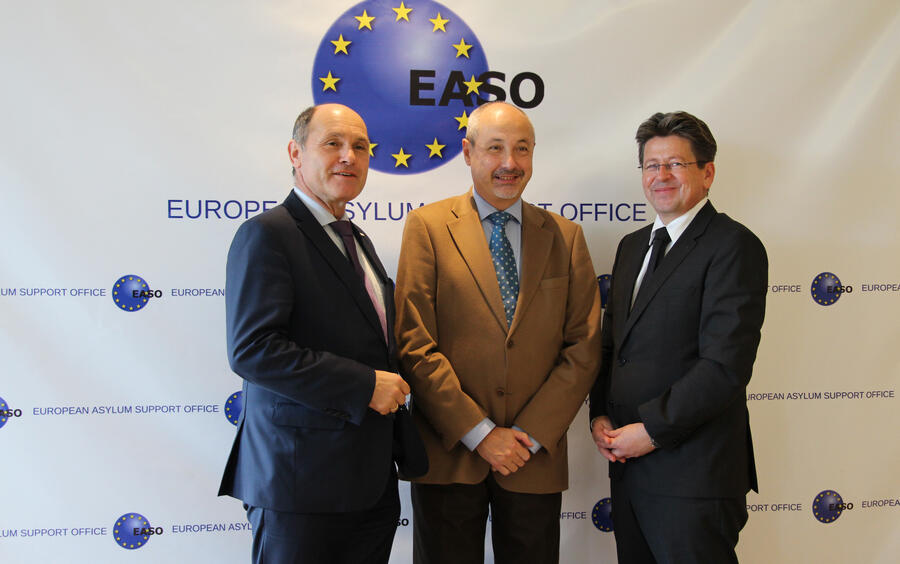 On 2 December, José Carreira, Executive Director of EASO, welcomed the Austrian Federal Minister of Interior, Wolfgang Sobotka, and his team to EASO headquarters in Valletta, Malta.

During the meeting, EASO presented the most important aspects related to the activities and policies it implements as an important actor of European Solidarity, fostering greater cooperation with and between Member States. Important topics were discussed on bilateral level, such as the latest asylum trends, EASO’s operational activities in Greece and Italy, status and recent dynamics of the EU Relocation Programme, Member State experts needed on the ground, as well as further development, envisaged for EASO in 2017.

EASO’s Executive Director, José Carreira thanked the Austrian Minister for his visit and for the valuable work which Austrian experts have been conducted while deployed for EASO in Italy and Greece.

Minister Sobotka commended the excellent work which EASO has been conducting in the field and the fact that it has been working relentlessly to overcome the various challenges and to do its part in the implementation of the EU-TR Statement.

During his visit, Minister Sobotka was accompanied by Mag Wolfgang Taucher, Director of the Federal Asylum Agency and Chairman of the EASO Management Board.

Any further information on EASO may be obtained by contacting Mr. Jean-Pierre Schembri on the following e-mail address: jean-pierre.schembri@easo.europa.eu  (follow us live on twitter @EASO).