Almost 100 000 asylum applications in the EU+ in September 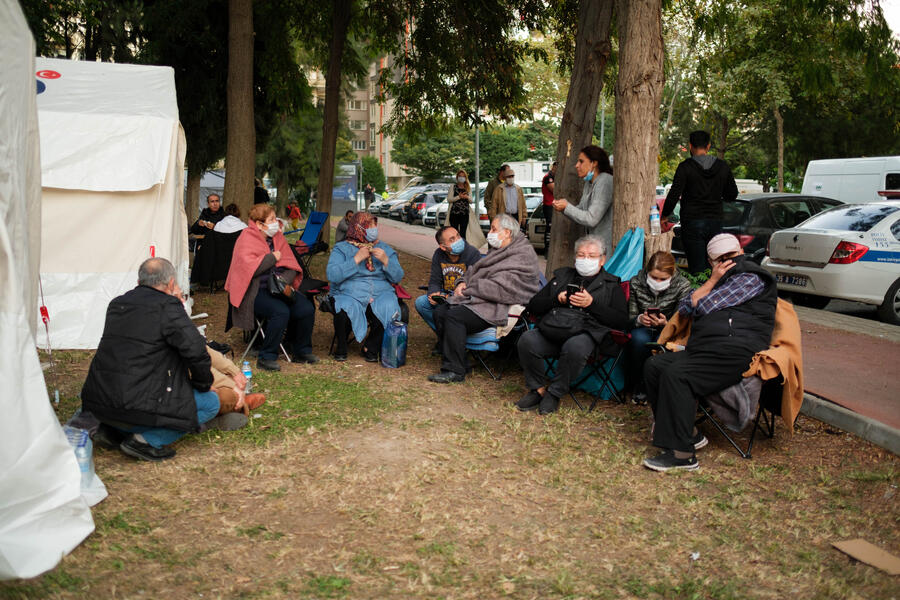 From August’s record level since the so-called “refugee crisis” of 2015-2016, applications for asylum in the EU+ have again increased significantly. Analysis released by the European Union Agency for Asylum (EUAA) shows that about 98 000 asylum applications were lodged in the EU+ in September 2022[1] . While this remains well below the 173 000 monthly applications recorded in autumn 2015, the levels seen in September 2022 do correspond to those of early 2016. At the same time, large numbers of persons fleeing the Russian invasion of Ukraine continued to register for temporary protection status[2] in the EU+. These simultaneous challenges have put national systems in several EU+ countries under considerable pressure.

Syrians (15 500) became the largest applicant group in September, lodging the most applications since 2016; yet another 30 % increase over the previous month. They were followed by Afghan applicants (13 700), who had been the largest group every month since the Taliban takeover in summer 2021. Applications by Turkish nationals (5 800), the third largest group, reached a new all-time high in September.

Applications in September also reached record levels for citizens of India (4 600), Bangladesh (3 800), Tunisia (3 100), Georgia (2 600), Morocco (2 200) and Egypt (1 500). There were no significant decreases recorded for any nationality. In contrast, and as observed in the Asylum Report 2022, previous spikes in applications in 2021-2022 were associated with specific nationalities, and were a response to geopolitical events. The partial military conscription in Russia announced in late September, is likely behind an increased number of applications by Russians (1 600). 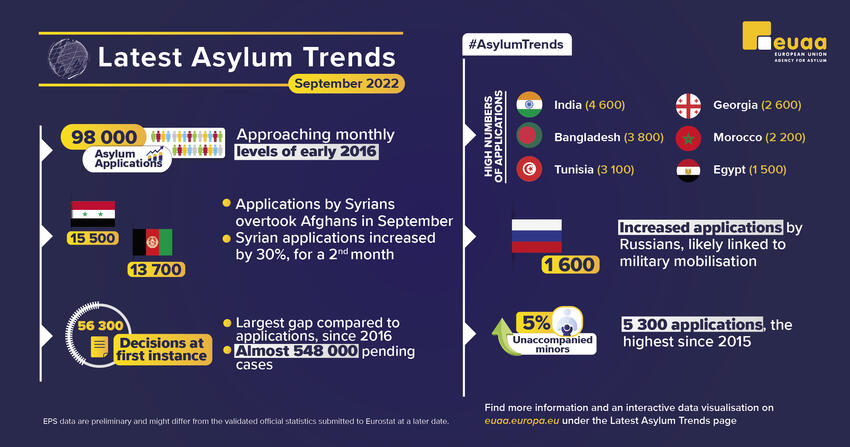 Largest gap between applications and decisions since 2016

EU+ asylum authorities issued some 56 300 first instance decisions in September, remaining stable and at a relatively high level – but still far behind the number of applications. In fact, the gap has widened in recent months and applications outnumbered decisions by 41 700 in September. As a result, the number of decisions pending at first instance has increased to some 547 700, and cases pending for up to six months accounted for over half of these.

The EU+ recognition rate[3] was 37 % in September. Recognition rates were especially high for Ukrainians, Syrians, Yemenis, Eritreans, Belarusians, and Malians. The share of positive decisions granting subsidiary protection remained relatively high and did so primarily for Syrian, Ukrainian, and Malian applicants for international protection.