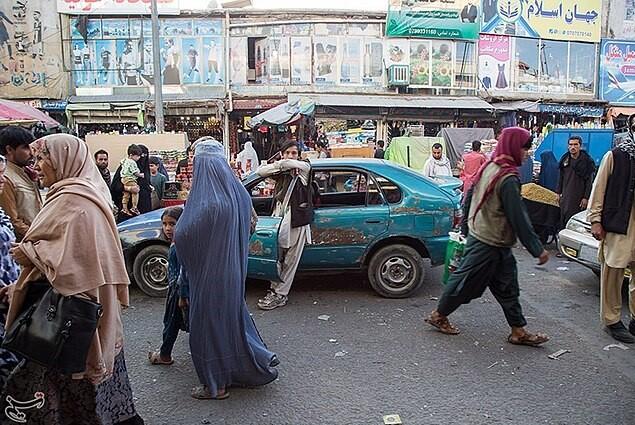 Today, the European Asylum Support Office (EASO) published a Country of Origin Information (COI) Report on Afghanistan. The report is titled ‘EASO COI Report Afghanistan: Country focus’ and covers initial developments since the Taliban takeover on 15 August 2021, namely the Taliban’s government formation, policy making and policy implementation, as well as the situation under Taliban rule for the general population and for some specific groups or profiles. Security incidents and violence related to resistance, insurgent groups, terrorism and similar elements have also been included, as well as information on the general humanitarian situation. The report does not cover events after 8 December 2021. The Taliban takeover of Afghanistan has manifested itself with high degrees of variability across the country. Although an interim government has been announced, the implementation of formal policy and sharia law seems to differ. For instance, there are regional differences in girls’ access to secondary education, and there have been reports on local Taliban leaders, as well as Taliban fighters, imposing their own perception of sharia law related to areas such as dress codes, cutting beards, women’s freedom of movement, and women’s access to work. Such variability was also reported in Taliban fighters’ adherence to the issued amnesty for persons affiliated with the former government, and in their response to demonstrations. There was also a reported uncertainty among the general population of which laws being in effect, making many conform with what they perceived as being in line with Taliban norms, such as wearing traditional clothing or women staying indoors, although such official regulations had not been issued.

The general security situation as regards conflict-related violence has changed in the country as the former government collapsed in mid-August 2021. There are reported pockets of resistance in some areas, and also reported clashes between the Taliban and the Islamic State Khorasan Province (ISKP). ISKP have also been attributed severe attacks against Shia Mosques, hospitals and other targets.

The humanitarian situation in the country has deteriorated since the Taliban takeover. Drought, international sanctions and the financial crisis have severely impacted the levels of food insecurity, children’s access to education, and the access to medical care. The health care system is under pressure with shortages in funding, staff and medicines.

As the situation in Afghanistan evolves, EASO will continue to conduct COI research and publish on topics that are of particular relevance to international protection status determination for Afghan asylum seekers. Such information is crucial for the individual assessment of protection needs of asylum applicants, and for the ongoing development of a EASO country guidance note on Afghanistan. By developing such guidance, based on a common analysis of COI together with senior policy experts from Member States, EASO aims to foster higher levels of convergence in Member States’ asylum decision practices.

In January – October 2021, Afghans lodged over 73 900 applications for international protection in the EU+, up by 91 % compared to the same period in 2020. In September, there was a peak – the highest since September 2016 – partly related to the evacuations from Afghanistan. In October, the number of applications declined from the September peak, but still remained high. Since August, Afghans have been the largest group of applicants in the EU+. The upward trend in applications has triggered a rise in decisions issued at first instance. Nevertheless, the number of decisions issued to Afghans was far lower than the number of Afghan applications lodged in the last few months. This resulted in an increase of Afghan cases awaiting a decision at first instance (especially recently lodged), which exceeded 61 700 at the end of October, the most since October 2017. Recent events in Afghanistan have had an impact on the EU+ recognition rate at first instance. After fluctuating between 45 % and 60 % earlier in 2021 and rising to 86 % in September, in October, the recognition rate for Afghans reached 91 %. Almost 80 % of all positive decisions in October granted refugee status and the remainder granted subsidiary protection, while the corresponding percentage was 46 % in the first 10 months in 2021. For more information see EASO’s Latest Asylum Trends page.

The report was drafted by EASO in accordance with the EASO COI Report Methodology, and was reviewed by the COI Units of the Belgian Office of the Commissioner General for Refugees and Stateless Persons, the Dutch Ministry of Justice, the Greek Ministry of Migration and Asylum, the Slovak Migration Office of the Ministry of Interior, the Swedish Migration Agency, as well as Landinfo – the Norwegian Country of Origin Information Centre.

The report can be downloaded from the EASO COI Portal. Further information on EASO COI and Country Guidance activities, including on Afghanistan, can be found on the EASO website.