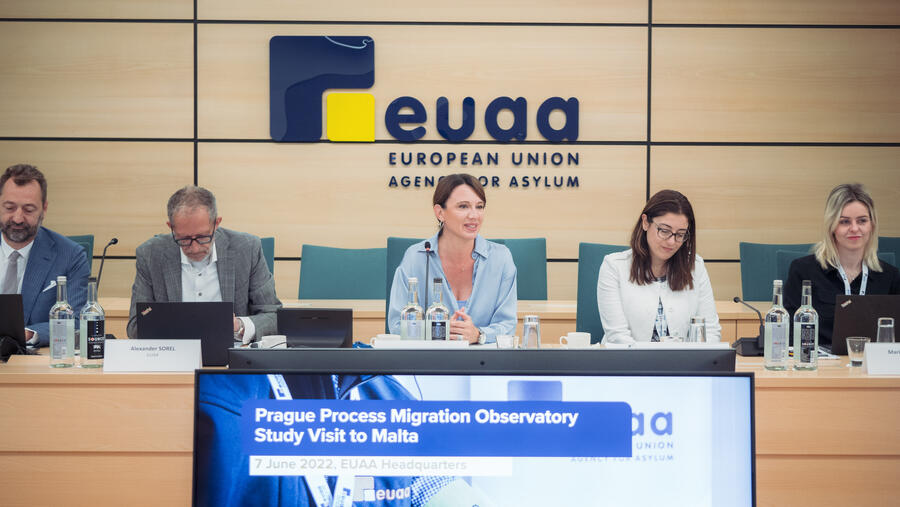 Today, the European Union Agency for Asylum (EUAA) hosted officials from 12 countries in the context of the Prague Process and together with the International Centre for Migration Policy Development (ICMPD) as part of their first day of a study visit to Malta.

Welcomed by the EUAA’s Executive Director, Ms. Nina GREGORI; participants were given an introduction into the Agency’s work, how its new mandate strengthens the support it can offer to EU Member States and how to deepen cooperation with “Prague Process” countries. Though not discussed, the changed migration landscape that Europe now faces as a result of Russia’s invasion of Ukraine, weighed over the meeting and drove interest to reinforce cooperation with the EUAA.

Participants were briefed on the four main pillars of the Agency’s work, including our support operations, our training and professional development services, our asylum expertise, and the Agency’s role in the EU’s response to the war in Ukraine.

The EUAA has almost 2000 personnel deployed assisting asylum and receptions authorities in  10 EU Member States, including Belgium, Cyprus, Greece, Italy, Latvia, Lithuania, Malta, the Netherlands, Romania, and Spain. The Agency also expects to start new operations in the near future. It has also taken the unprecedented step of providing direct support in a third country – Moldova.

The Agency has trained 60 000 officials all over Europe since its establishment in Malta in 2011 and regularly provides analyses on the situation of asylum in Europe, both in its annual reports, and its monthly asylum trends. 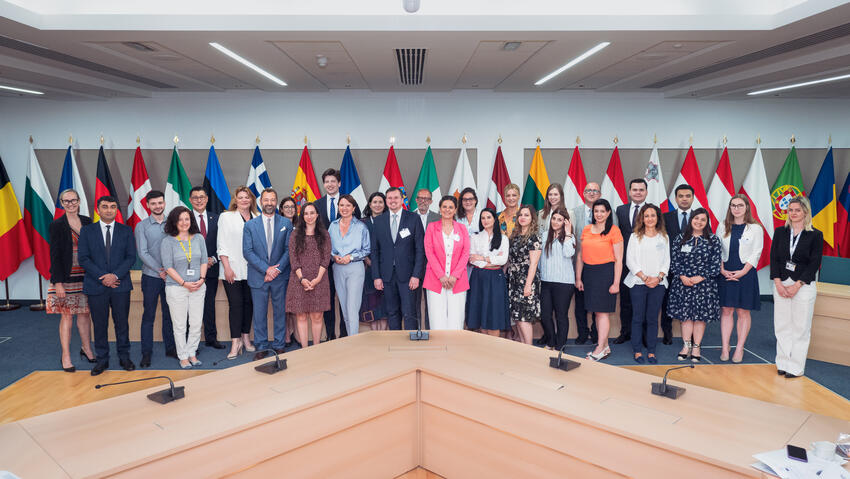 The Prague Process, initiated by the Czech Presidency of the EU in 2009, is a targeted migration dialogue and policy process promoting migration partnerships among the countries of the European Union, Schengen Area, Eastern Partnership, Western Balkans, Central Asia, Russia and Turkey.

In this context, the EUAA focuses on the 6th pillar of the underlying Joint Declaration, which aims to strengthen capacities in the area of asylum and international protection.