A modern, protective Common EU Asylum System is within reach 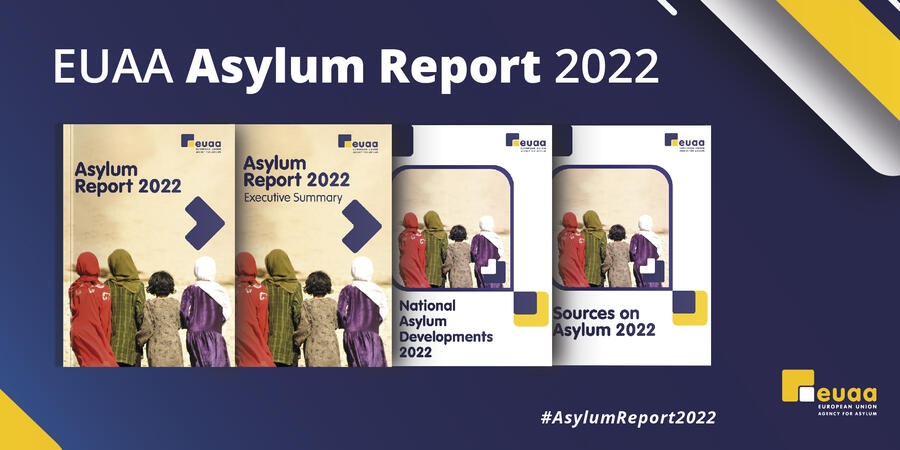 The European Union Agency for Asylum (EUAA) has published its annual report on the state of asylum in Europe. The report examines how events in 2021 and early 2022, such as the take-over of Afghanistan by the Taliban, state-sponsored migrant smuggling from Belarus and the first land war in Europe in nearly 30 years shaped Europe’s reaction to global international protection needs.

Geopolitical and operational developments in 2021 and early 2022 have had a direct impact on international protection in Europe, and how the EU has responded. This is the throughline to the EUAA’s annual Asylum Report 2022, following initial projections earlier this year.

In 2021, 535,000 decisions at first instance were taken, including 118,000 granting refugee status, and 64,000 providing subsidiary protection. The result is a recognition rate of 34% at first instance for the two EU-regulated statuses; though, if national protection schemes are also included, the rate increases to around 40%. 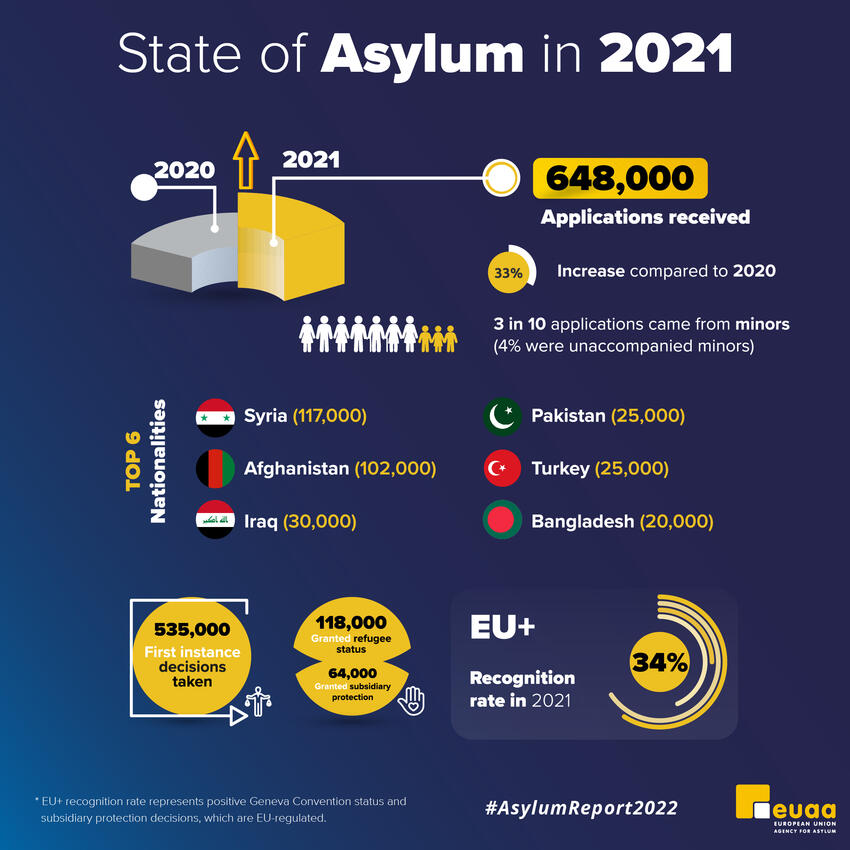 In response to Russia’s invasion of Ukraine in early 2022, EU Ministers of Interior took the unanimous decision to grant temporary protection to people fleeing the country for up to 1 year, initially. To date, nearly 6 million people have fled towards the EU, of whom over 3.4 million have registered for temporary protection, according to the most recent EUAA analysis. In addition, the UNHCR reports that nearly 2.6 million people have travelled into Ukraine, although these returns could be temporary. 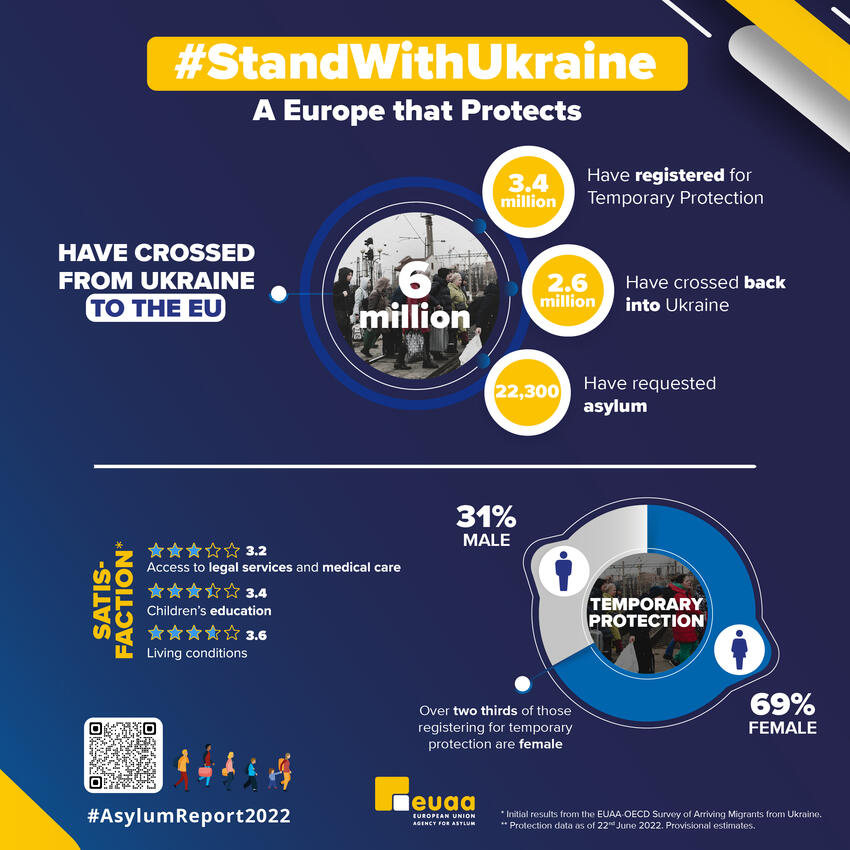 In 2021, Member States took 114,300 decisions on Dublin requests, with France and Germany receiving the most replies to their requests, and Italy issuing the most decisions. While the number of decisions represented a one fifth increase compared to 2020, the acceptance rate continued to decrease for the 4th year in a row. Moreover, persistent COVID-19 restrictions in 2021 meant that only about 13,500 Dublin transfers were effectively carried out, which is consistent with 2020, but remains around half of the 2019 figure.

These same COVID-19 restrictions also led some Member States to make several asylum-related business continuity measures permanent, such as remote screening interviews and the possibility to submit supporting documents for asylum requests online. While it requires continuous implementation, also outside of crisis moments, the world's only multinational asylum system is making progress. This includes some Member States beginning to make changes foreseen in the Pact on Migration and Asylum by making the link between negative asylum decisions and return processes more efficient.

Solidarity is the cornerstone of the Common European Asylum System according to the Dublin Regulation, but its implementation continues to be sporadic. However, as Europe’s progress on the 10-point plan to respond to the Ukraine crisis shows, when needed, the political will is there to create a protective European space in which Member States support each other. 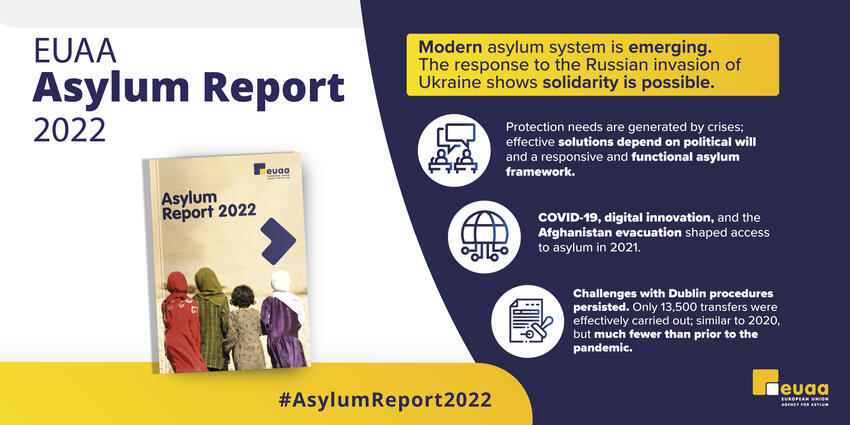 For more information, you can refer to: