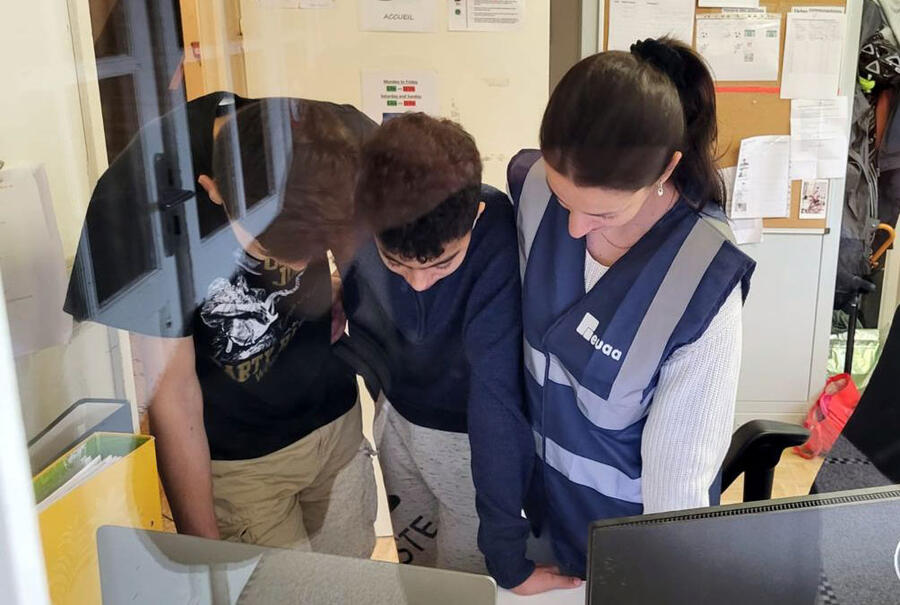 Applications for international protection in EU+ countries have been relatively high in recent months. Analysis released by the European Union Agency for Asylum (EUAA) shows that about 107 000 asylum applications were lodged in the EU+ in October 2022.[1] This development comes on top of large numbers of persons fleeing Ukraine, who continue to register for temporary protection[2]  in tens of thousands each week. As a result, the pressure on the national systems of many EU+ countries has been mounting: reception systems are reaching full capacity, while the growth in caseload outpaces first instance processing capabilities.

EU+ countries face a simultaneous challenge of coping with the movement of persons displaced from Ukraine, as well as high levels of asylum applications. In this situation, the EUAA has greatly expanded its operations, currently supporting 13 EU+ countries as well as Moldova. In accordance with its mandate, the EUAA has extended substantial support through these operations and stands ready to provide further assistance.

Shortfall of decisions and rise in pending cases

EU+ asylum authorities issued some 54 000 first instance decisions in October, stable at a relatively high level. In addition, some 12 600 applications were implicitly withdrawn, e.g., when applicants have abandoned the asylum procedure.

However, the total number of decisions, implicit withdrawals, and other case closures at first instance was far outnumbered by that of applications lodged. This gap has continuously widened in recent months. As a result, cases awaiting a first instance decision climbed further to some 578 000 at the end of October, the most since 2017. The increase from September was the largest in three years except for March 2022, following the Russian invasion of Ukraine. A quarter of all cases pending at first instance concerned Syrians and Afghans. 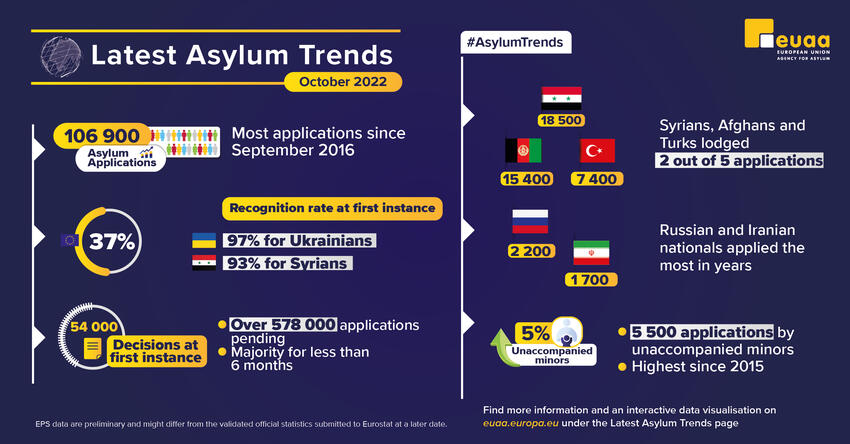 In October, Syrians lodged the most applications since 2016 (some 18 500). The second largest group was Afghans (15 400), also applying the most since 2016 except for September 2021 after the Taliban takeover of Afghanistan. As in September, Turks were the third largest group (7 400), applying the most on record, i.e. since at least 2014. Also increasing substantially were applications by Russians (2 200) and Iranians (1 700), which were the highest in years.. Overall, the level of applications in October reflected high numbers for a wide range of nationalities. Applicants included close to 5 500 self-claimed unaccompanied minors (5 % of the total), primarily Afghans and Syrians.

Protection mainly in the form of refugee status

The EU+ recognition rate[3] was stable at 37 % in October. Some 12 000 applicants were granted refugee status, and another 8 100 received subsidiary protection. The share of positive decisions granting subsidiary protection accordingly dropped to 40 %, the lowest in six months. Recognition rates were especially high for Ukrainians, Syrians, Eritreans, Belarusians, Yemenis and Malians.