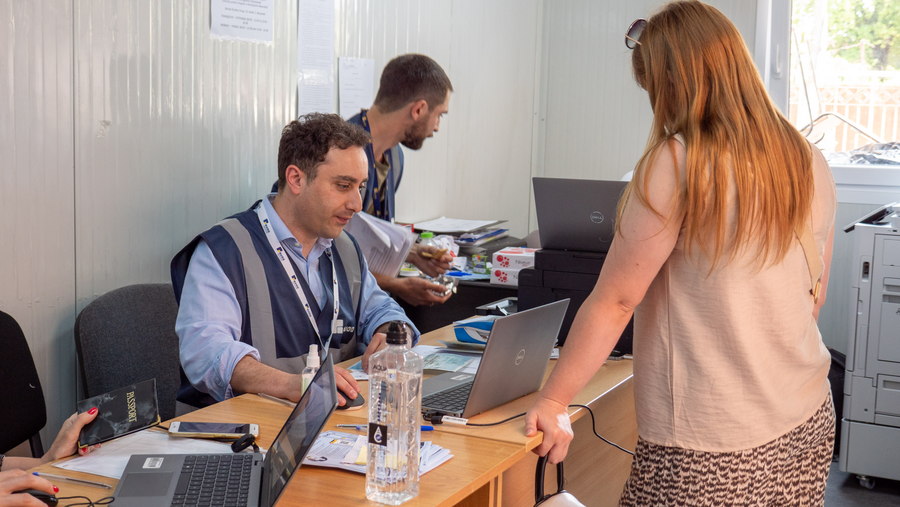 The EU’s activation of the Temporary Protection Directive for the first time ever had a strong immediate effect, with Ukrainians lodging far fewer asylum applications in April, while continuing to register for temporary protection at a very high rate. Extreme pressure on asylum case processing and long backlogs were averted as a result.

Analysis released by the European Union Agency for Asylum (EUAA) shows that about 60 200 asylum applications were lodged in the EU+ in April 2022,[1]  almost 23 000 fewer than in March and back to the level seen in February. The decline was primarily due to a significant decrease in Ukrainian asylum applications (about 1 900), which was only a fraction of the peak level in March (14 000). In contrast, registrations for temporary protection[2]  continued at a very high rate in April, when almost 1.1 million people registered.

Temporary Protection status, which grants beneficiaries access to accommodation, healthcare, and access to the labour market, not only helped meet the needs of persons fleeing Ukraine but, prevented EU+ countries’ asylum systems from coming under extreme pressure that would have likely resulted in unprecedented backlogs. As of 3 July, about 3.7 million persons have been registered since the beginning of the Russian invasion of Ukraine. Almost all are Ukrainian nationals and a clear majority is female.[3]

In terms of asylum applications, Ukrainians were only the eighth largest applicant group in April. The largest groups were Afghans and Syrians who lodged some 8 000 and 6 400 applications, respectively. They were followed by Venezuelans, Turks and Colombians. Lodging continuously fewer applications, Iraqis (1 800) were not among the 10 main nationalities in April, for the first time since 2014. This contrasts with 2021, when Iraqis were predominant on the irregular migration route from Belarus. Applications by Georgians (2 100), Russians (1 100) and Egyptians (1 000) remained relatively high in April despite decreases compared to March. Some 2 400 applicants were self-claimed unaccompanied minors, accounting for 4 % of all applicants.

The most pending cases at first instance since mid-2017