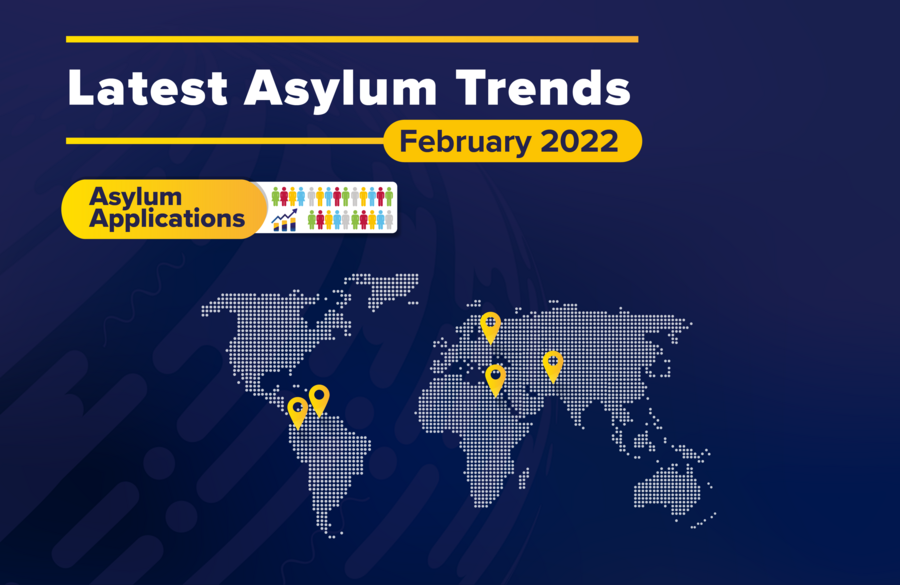 Following the Russian invasion of Ukraine on 24 February, EU+ countries have received a sharp increase in asylum applications by Ukrainians. However, far more Ukrainians have registered for temporary protection, which provides instant rights and opportunities, for an initial duration between one and three years; and does not require an asylum application.

Analysis released by the European Union Agency for Asylum (EUAA) shows that about 61 000 applications for international protection were lodged in the EU+ in February 2022.1 This level was roughly stable from January, but resulted from several substantial changes that offset each other. While applications by Afghans and Syrians continued to decline, Ukrainians lodged close to 2 600 applications, more than five times the level in January (460). A far higher number of Ukrainian applications, almost 9 000, was recorded in the first week of March.

In total, Ukrainians lodged about 21 700 applications for asylum in EU+ countries between 21 February and 24 April 2022. However, asylum applications quickly declined from early March, as the Temporary Protection Directive was activated on 4 March, and was rapidly implemented by national authorities with the assistance of the EUAA.  According to provisional estimates, about 2.3 million persons fleeing Ukraine have been registered for temporary protection as of 24 April, which dwarfs asylum applications.

Asylum authorities in EU+ countries issued about 42 300 first instance decisions in February 2022, broadly in line with January. However, monthly applications have continued to substantially exceed decisions since July 2021; by close to 19 000 in February 2022 alone. As a result, cases pending at first instance increased to about 453 800 at the end of February. About half of them were pending for less than six months.

The EU+ recognition rate3 was 41 % in February, significantly higher than the overall recognition rate for 2021 (35 %). The comparatively high rate appeared to result from more decisions being issued to some nationalities with relatively high recognition rates, notably Syrians, but also Somalis, Iranians and Turks. Some of the highest recognition rates overall arose for Syrians (91 %), Belarusians (88 %), Eritreans (81 %), Palestinians (72 %) and Afghans (68 %). More than two thirds of all positive decisions in February granted refugee status, while the remainder granted subsidiary protection.

[1] EUAA EPS data are preliminary and might differ from validated official statistics submitted to Eurostat at a later stage. Eurostat data are used in the annual EUAA Asylum Report. The total EPS numbers include approximations for two EU+ countries and may change after data updates.

[3] This refers to the recognition rate for EU-regulated forms of protection (refugee status and subsidiary protection) at first instance.