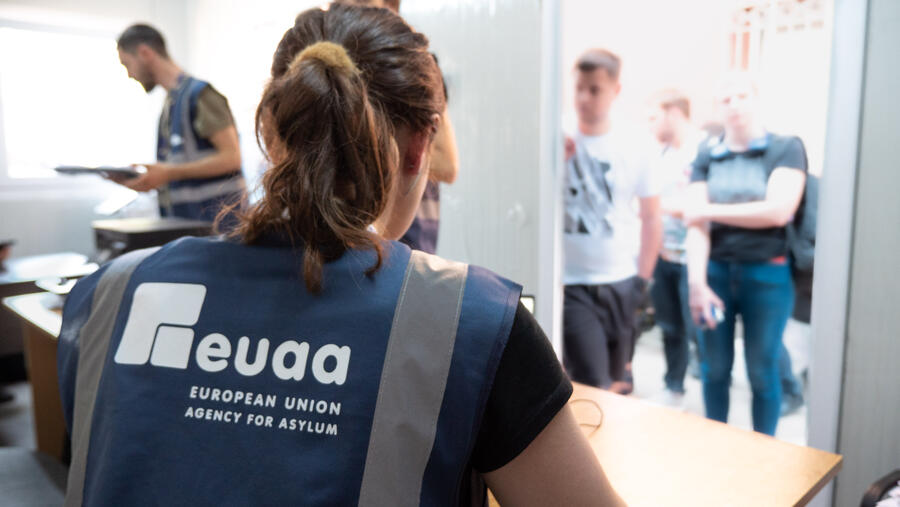 Analysis released by the European Union Agency for Asylum (EUAA) shows that about 70 200 asylum applications were lodged in the EU+ in May 2022,[1] significantly more than in April (60,200), and the second-highest monthly level since 2016.

Significantly more asylum applications were received from a broader range of countries of origin. This included almost all the main citizenships of applicants in recent months, notably Afghans, Syrians, Venezuelans, Colombians and Pakistanis. Turkish nationals (3,300) and Georgians (2,500) lodged the most applications on record, i.e. since at least 2014. Some 2,900 applicants were self-claimed unaccompanied minors, accounting for 4% of all applicants. 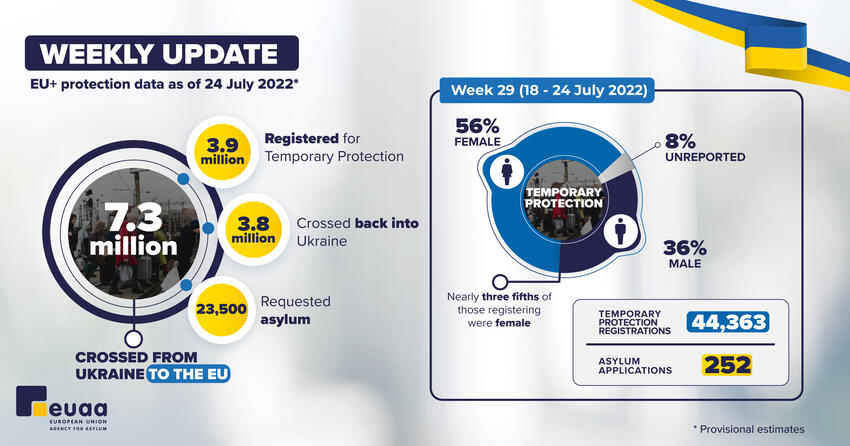 After the EU+ recognition rate[3] had been around 40 % for half a year, it jumped to 45% in May. Total positive decisions were evenly split between refugee status and subsidiary protection. From already high values in April, recognition rates for Syrians and Ukrainians climbed further to 96% and 97%, respectively, the highest recognition rates of any citizenship receiving at least 200 decisions in May.

In addition, the increase in the overall EU+ recognition rate reflected that Syrians and Ukrainians received far more decisions than before (see below), while other citizenships with low recognition rates received substantially fewer decisions. Recognition rates were also especially high for Belarusians (87%), Eritreans (82%) and Yemenis (80%) but fell sharply for Afghans (53%, down from 73% in April).

The most first instance decisions in almost two years

Asylum authorities in EU+ countries issued about 54,100 first instance decisions in May 2022, the most since July 2020. The increase mainly reflected decisions on Syrian applications (12,300), which rose by 62% in May. At a lower level, decisions issued to Ukrainians more than tripled (to 1,300). Despite the rise in decisions, applications continued to outnumber decisions in May. At the end of the month, just over half a million cases were pending at first instance, with about half waiting for a decision for less than six months. 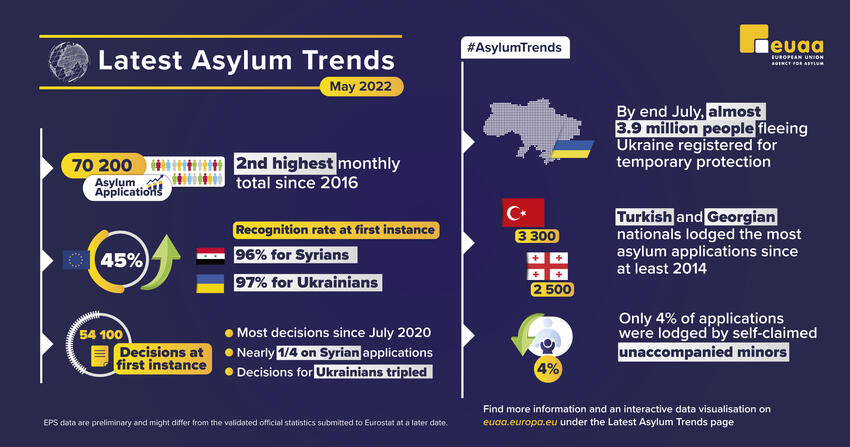