Over 4.6 million people seek safety in Europe by mid-2022 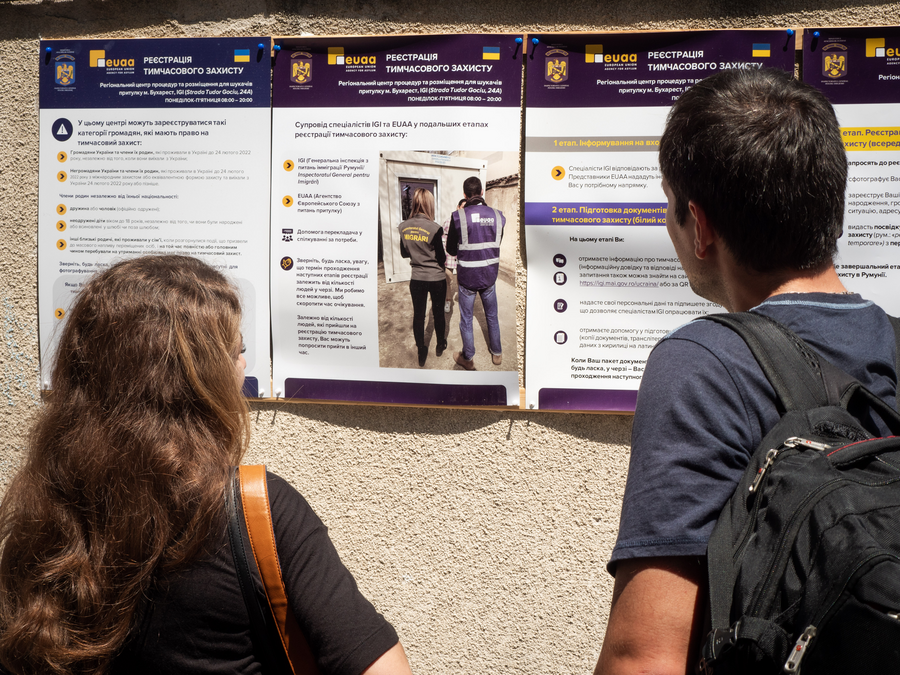 Millions of persons fleeing Ukraine have registered for temporary protection in EU+ countries, while asylum applications have been increasing in recent months.

Analysis released by the European Union Agency for Asylum (EUAA) shows that during the first half of 2022, EU+ countries received around 406 000 asylum applications, up by two thirds (68%) compared to the same period in 2021.

With about 2 600 applications, Georgian nationals again lodged the most applications on record in June. A recent EUAA report on migration drivers in Georgia identified the Russian invasion of Ukraine as an important push factor.

EU+ recognition rate close to its highest point since 2017 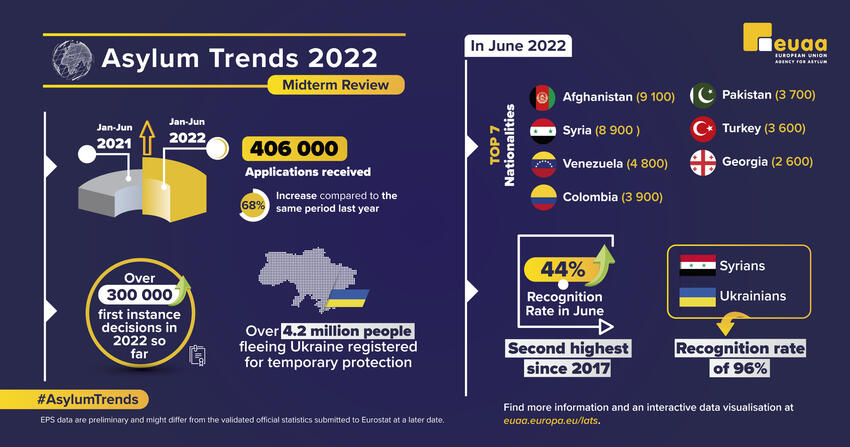 Over 4 million Ukrainians have received protection in Europe

The activation of the Temporary Protection Directive for those fleeing the Russian invasion of Ukraine not only averted extreme pressure on the Common European Asylum System (CEAS), it also enabled them to find safety[3] without having to undergo an asylum procedure. Between 24 February and 4 September, more than 4.2 million people, mostly Ukrainian nationals, had registered for temporary protection in the EU+. 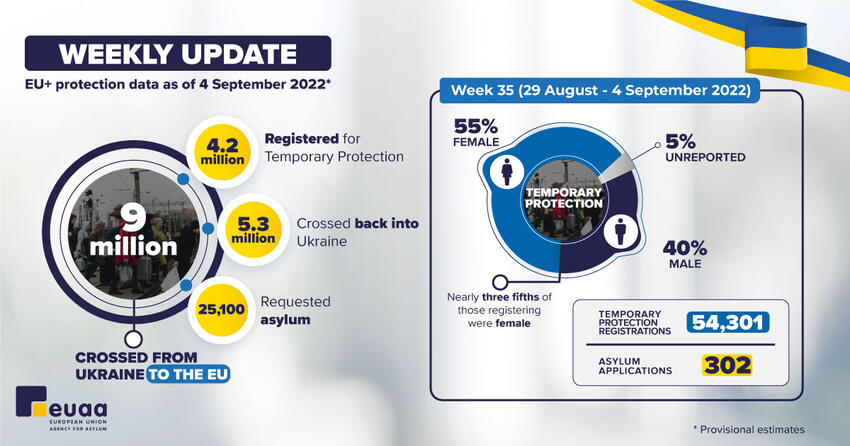 Taken together, asylum applications and temporary protection registrations mean that migration to Europe by people in search of protection has reached historic levels in 2022.