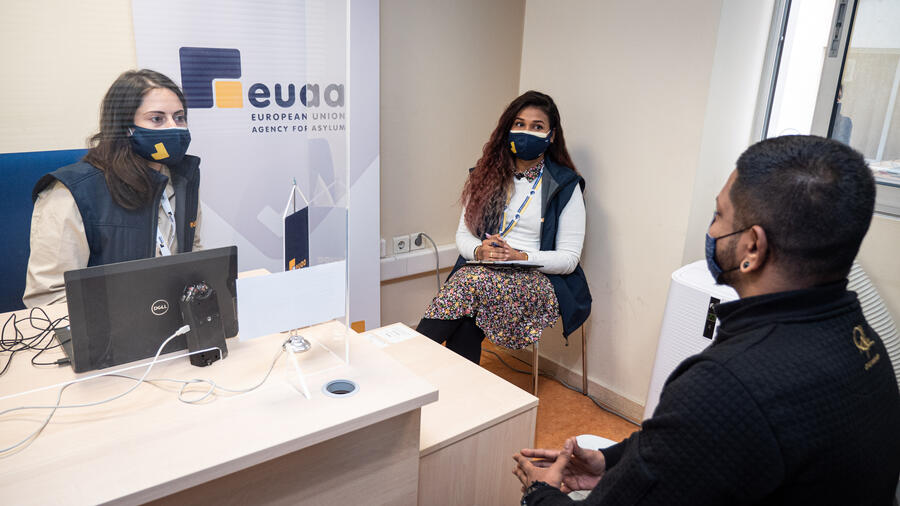 Asylum applications lodged in the EU+ remained unusually high in July. They exceeded 70 000 for the third consecutive month, which has not happened for several years. This compares to almost 51 000 applications in July 2021 and 42 900 in July 2020. Afghans and Syrians continue to be the two largest applicant groups, whereas Indian nationals and Tunisians lodged the most applications on record.

Analysis released by the European Union Agency for Asylum (EUAA) shows that about 72 800 asylum applications were lodged in the EU+ in July 2022,[1] which is the 3rd consecutive month during which over 70 000 applications were lodged. In contrast to the peak recorded in March (almost 83 000 applications), the high numbers observed since May are not driven by persons fleeing Ukraine, who currently register almost exclusively for temporary protection.[2]

In July, there were around 236 000 registrations for temporary protection in the EU+, with a total of around 4 million registrations recorded between the Russian invasion of Ukraine and 2 October. 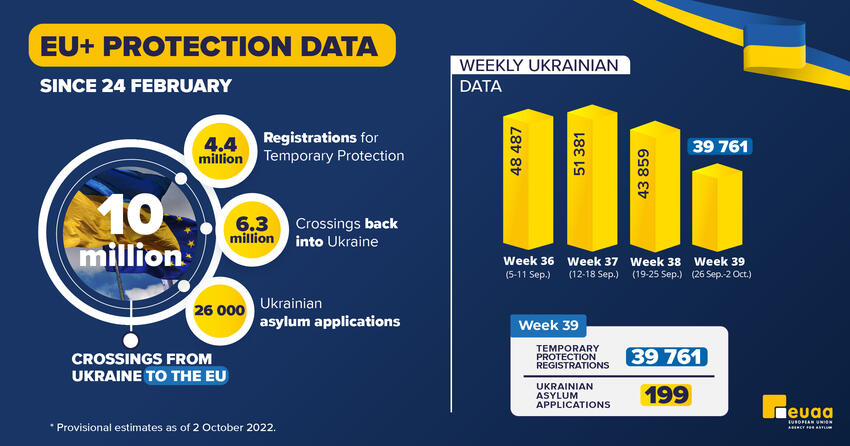 Applications for international protection by Russians (1 200) remained relatively high in July. While the number of monthly Russian applications had doubled in March – immediately following the beginning of the Russian invasion of Ukraine – the monthly numbers have since remained steady. Between January and July 2022, EU+ countries have received around 7 300 applications by Russian nationals. It is too early to say what impact the partial mobilisation announced by the Russian authorities in September will have on applications in EU+ countries. 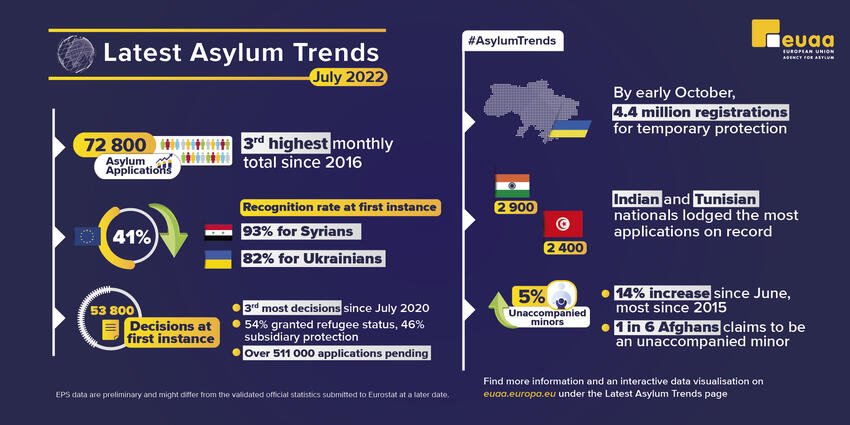 The most unaccompanied minors since 2015

Applications by self-claimed unaccompanied minors reached a new high in July, at close to 3 700. This was up by 14 % from June and is the highest monthly total since December 2015. With one in every six Afghan applicants claiming to be an unaccompanied minor, Afghans remained by far the largest group in this context.

A new EUAA report on Afghan nationals in transit countries found that every one in four Afghans arriving in Italy in recent months claimed to be an unaccompanied minor. Increases in unaccompanied minors from Syria, Somalia and Eritrea were also recorded, while numbers stayed relatively high for nationals of Egypt, Morocco, and Tunisia.

While the number of decisions at first instance in July (53 800) decreased slightly compared to June, these remain at their highest levels in two years. However, applications continued to outpace decisions. As a result, some 511 300 cases were pending at first instance at the end of July 2022.