Resettlement to the European Union is the transfer of vulnerable refugees from host countries to Member States of the European Union and Associated Countries (EU+ countries), where they will be admitted and granted the right to stay and any other rights comparable to those granted to beneficiaries of international protection. EUAA supports the implementation of EU+ countries’ resettlement efforts in the framework of European resettlement schemes, in cooperation with the European Commission, the United Nations High Commissioner for Refugees (UNHCR), the United Nations Migration Agency (IOM) and other relevant actors.

The EUAA Resettlement and Humanitarian Admission (RST&HA) Network was established in January 2020, after consultation with EU+ countries and in close cooperation with the European Commission DG HOME, with the aim of facilitating and increasing operational cooperation, coordination and efficiency between national authorities of resettling EU+ countries and with relevant actors, both at strategic and at operational levels. 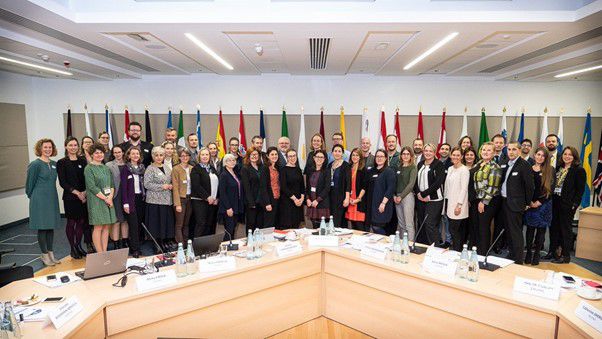 The Network is composed of EU+ countries’ National Contact Points (NCPs) and specific EU+ country experts as well as UNHCR and IOM on invitation. Specific Working Groups, such as on Community Sponsorship, Information Provision and Monitoring and Evaluation, as well as an Expert Platform on Afghanistan have been set up under the umbrella of the Network.

Alongside the Network activities, EUAA continues to work closely with its partners and stakeholders through EU and global fora such as the Resettlement Forum, the Annual Tripartite Consultations on Resettlement (ATCR) and Priority Situations Core Group (PSCG). Close contact and coordination with UNHCR and IOM are facilitated through quarterly tripartite meetings. Other partners such as the International Catholic Migration Commission (ICMC), the Global Refugee Sponsorship Initiative (GRSI) and the Migration Policy Institute (MPI) are also engaged frequently, as well as civil society in general through EUAA’s Consultative Forum.

Since the EU-Turkey Statement of 18 March 2016, EU+ countries have been resettling refugees from Turkey with increased intensity, thereby implementing their commitments to international solidarity and contributing to the creation of durable solutions for persons in need of international protection.

Recognising that Turkey remains one of the largest refugee hosting countries in the world, and that a significant number of EU+ countries are resettling out of Turkey, EUAA engaged in 2017 in an extensive joint process in consultation with EU+ countries and the European Commission, with a view to assessing options for delivering operational support. EUAA proposed a way forward via a Pilot Project for the establishment of a Resettlement Support Facility (RSF) as a ‘one-stop-shop’ supporting EU+ countries’ resettlement operations from Turkey, as well as serving as a Platform to exchange knowledge and expertise.

The RSF pilot project in Istanbul was launched in April 2019 and came to an end in April 2021. Following positive feedback from EU+ countries in the two years of the project implementation and the recommendations resulting from the external evaluation of the pilot project, EUAA signed a new four-year contract with the Jesuit Refugee Services Croatia and its partner, the International Catholic Migration Commission, for the continuation of the support. 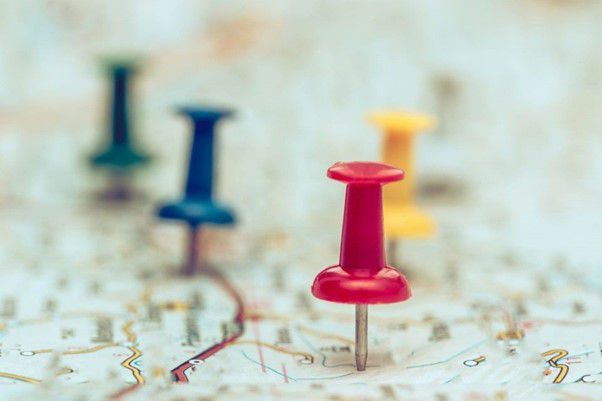 The RSF allows EUAA to support EU+ countries’ resettlement operations from Turkey in a collaborative and innovative way, by providing a varied range of resettlement services at the availability of EU+ countries.

Services include logistical support for selection such as transport and accommodation of refugees, rooms for interviews and training, childcare and information provision (cultural orientation (CO)/pre-departure orientation (PDO)) on processes of EU+ countries, etc. Following the outbreak of the Covid-19 pandemic, the RSF project adapted its facility and procedures to conduct remote resettlement processing, including for both selection and information provision missions.

In view of the positive outcomes of the RSF project in Istanbul, EUAA is assessing, based on consultations with EU+ countries, the possibility to replicate the RSF-like concept in partner countries other than Turkey and has initiated a feasibility study on its replicability.

A growing number of EU+ countries are engaging in community sponsorship. These programmes can underpin resettlement, humanitarian admission, and other complementary pathways for persons in need of international protection by allowing non-State actors to support beneficiaries in one or several of the following steps of the process: admission, reception and integration. The role of civil society organisations or private sponsors can vary depending on the programme; a common feature is that it always involves close cooperation with the State. 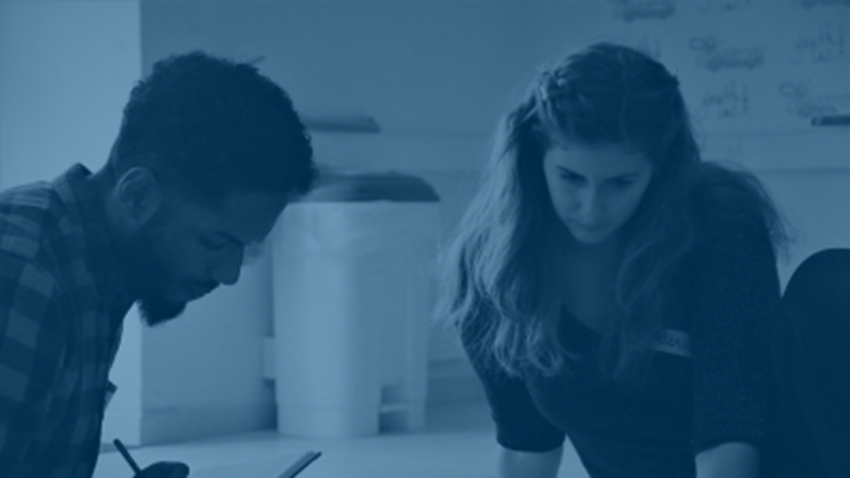 The EUAA, together with the European Commission DG HOME and EU+ countries, is supporting the design of an EU-approach to community sponsorship. A dedicated Working Group has been created under the umbrella of the EUAA Resettlement and Humanitarian Admission Network, in order to facilitate further exchanges on this topic. Initial discussions have shown that there is not a single model that would define the European approach. EU+ countries are implementing a variety of models, which all have their merits. The EU approach could therefore be seen as a set of success factors, a common denominator of EU schemes. With this in mind, the Working Group is working towards guidelines related to the EU-approach on community sponsorship.

The EUAA Resettlement and Humanitarian admission Network allows for discussions around complementary pathways, provided that there is a clear link to international protection. This can be done through the identification of best practices linked to family reunification, education and work pathways, and the sharing of knowledge and expertise. 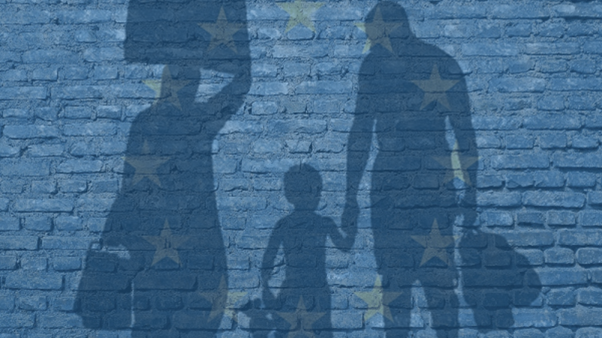 The EUAA is dedicated to supporting EU+ countries in the continuous improvement of quality standards in asylum through the development of practical, operational tools and guidance.

The resettlement operational tools were originally developed within the framework of the project Facilitating Resettlement and Refugee Admission through New Knowledge (EU-FRANK). The project was funded by the European Asylum Migration and Integration Fund led by the Swedish Migration Agency. After the handover to EUAA, a Quality Assurance process was introduced through peer reviewing and referencing, involving EU+ experts, with the aim of further operationalising the tools and ensuring their applicability to a wide-ranging variety of EU+ resettlement schemes.

The tools are available on the EUAA Website and cover among other things aspects of information provision in resettlement,  selection missions organisation and transfers. 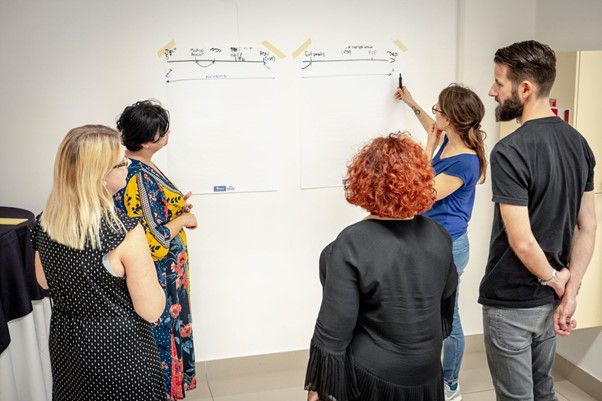 The training module on resettlement has been developed with the involvement of EU+ experts, UNHCR and IOM. Other Member States and actors involved in EUAA’s and the project’s networks have acted as reference partners. The EUAA is currently developing a second training module, an “on-the-job training”. The training programme enables learners to perform tasks relevant for the selection or pre-departure orientation (PDO) missions in Resettlement Support Facility (RSF). The EUAA also foresees the development of a third training module aimed to facilitate peer-to-peer exchange for both selection interviews and PDO related activities.

The Expert Platform on safe pathways for Afghans is an EUAA initiative to ensure European and global coordination on efforts for legal and safe channels for vulnerable Afghans in need of international protection. It was set-up in October 2021, following high-level meetings calls for a coordinated approach on this topic.

The Expert Platform held its inaugural meeting on 21st October 2021, with monthly meetings as follow-up. The participants of the Platform are all EU+ countries, Australia, Canada, the UK, the USA, as well as the Commission, the EEAS, UNHCR, IOM, ICMPD, IGC and EUAA. On invitation, other relevant stakeholders are asked to contribute as well. The Platform has developed Terms of Reference and a Programming Document which will be updated regularly.