All elements of the definition of a refugee in accordance with the QD should be fulfilled for the qualification of the applicant as a refugee: ‘refugee’ means a third country national who, owing to a well-founded fear of being persecuted for reasons of race, religion, nationality, political opinion or membership of a particular social group, is outside the country of nationality and is unable or, owing to such fear, is unwilling to avail himself or herself of the protection of that country, or a stateless person, who, being outside of the country of former habitual residence for the same reasons as mentioned above, is unable or, owing to such fear, unwilling to return to it, and to whom Article 12 [exclusion] does not apply;

In order to be regarded as an act of persecution within the meaning of Article 1(A) of the Geneva Convention, an act must:

a) be sufficiently serious by its nature or repetition as to constitute a severe violation of basic human rights, in particular the rights from which derogation cannot be made under Article 15(2) of the European Convention for the Protection of Human Rights and Fundamental Freedoms; or
b) be an accumulation of various measures, including violations of human rights which is sufficiently severe as to affect an individual in a similar manner as mentioned in point (a).

In order for a person to qualify as a refugee, there must be a connection (nexus) between one or more of the specific reasons for persecution (race, religion, nationality, political opinion or membership of a particular social group), on the one hand, and the acts of persecution under Article 9(1) QD or the absence of protection against such acts (Article 9(3) QD), on the other.

The applicability of the respective reason(s) should be assessed in relation to Article 10 QD.

Common analysis regarding specific profiles of applicants, based on their personal characteristics or affiliations with a certain group (e.g. political, ethnic, religious), is provided below.

A well-founded fear of being persecuted may also be based on events which have taken place and/or on activities which the applicant has engaged in since he or she left the country of origin, in particular where it is established that the activities relied upon constitute the expression and continuation of convictions or orientations held in the country of origin (Article 5 QD).

When well-founded fear of persecution is established in relation to the home area of the applicant, the legal analysis should proceed with the examination of the existence of a nexus to a reason of persecution. In cases where the requirement of the nexus is not satisfied, the application should be examined under subsidiary protection (see the chapter 3. Subsidiary protection).

In some cases, where the applicant would otherwise qualify for refugee status, exclusion grounds would be applicable. In the context of Afghanistan, various actors have been reported to commit excludable acts (see the chapter 6. Exclusion). The sections below make specific references to the relevance of exclusion considerations for certain profiles. 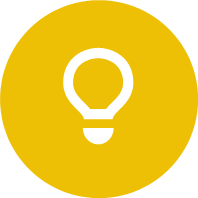